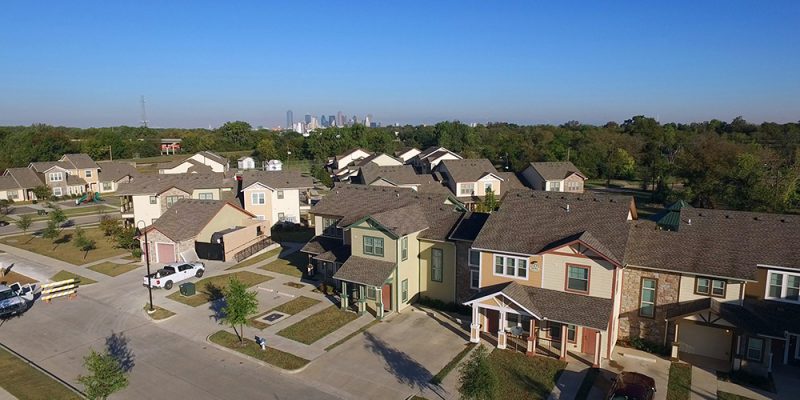 The Dallas City Council unanimously approved a new comprehensive housing policy designed to build 20,000 new homes in three years to bring back the middle class to the city.

The redevelopment areas include Red Bird Mall, Wynnewood Village, the Valley View mall site areas, including the proposed high-speed rail station, all scheduled to begin within the year.

The stabilization areas include the Vickery Meadow, Casa View, Forest Heights/Cornerstone Heights, the eastern side of downtown, The Bottoms, West Dallas neighborhoods. They also include another area near Red Bird and the area around the LBJ Freeway-Skillman Street interchange. The council’s plan is to keep residents who might be forced out because of gentrification, by allowing garage-style apartments to exist and freezing property taxes.

The emerging market areas are identified as the neighborhoods around the Interstate 35 “Southern Gateway” redo, a section of Pleasant Grove near U.S. Highway 175 and University Hills near the University of North Texas at Dallas. Officials plan to improve infrastructure in this area and enforce codes to prepare the area for real estate development in the future.

Thirteen of the 14 council districts will contain at least one designated zone.

Leaders of the Community Housing Development Organizations (CHDO) are against the council’s housing policy plan. They argue that the council is ignoring the poorest neighborhoods.

The council pointed out that the CHDOs “have not produced enough housing and have been over-subsidized. City housing officials have also said continuing to pump public subsidies into those dis-invested areas could concentrate poverty and run afoul of federal fair housing rules,” Dallas News reported.

When it became clear the council would pass the policy, Mayor Mike Rawlings said he would “have to eat crow” because he previously told Broadnax that he thought the policy would take longer to get a majority on board, Dallas News reported.

“I was wrong,” Rawlings said. “This council pulled together and did remarkable work … This is a very important day to show that government works in America, and we can take complex issues and get 15 of us in a place where we think we can move forward.”

Interested in more news from Texas? We've got you covered! See More Texas News
Previous Article Julie Stokes Is Your First Entry Into The Special Election Secretary Of State Sweepstakes
Next Article Louisiana’s Legislative Republicans Still Have A Long Way To Go In Learning How To Work As A Majority