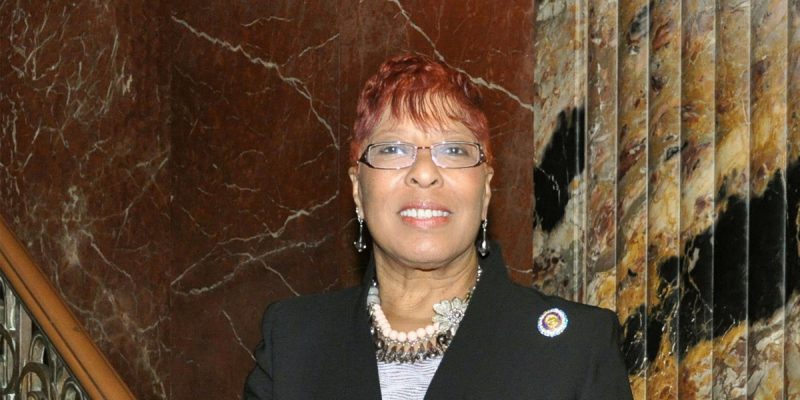 This is a judgement made after watching the majority of the current legislative session, in which virtually no progress was made on anything resembling limited government, personal responsibility or individual freedom and only partial success was had in stopping bills which would make the problem worse. But in particular, a couple of bills moving through the legislature this session point up the fact that the Republicans in both bodies, and particularly the House, don’t quite get the concept of leverage.

Let’s first take HB 265, which was a bill brought by Rep. Pat Smith (D-Baton Rouge) that would give the right to vote back to criminals on parole. Smith got three shots at passing the bill in the House, and it failed on the first two before she managed to slip it past the House at the end of a busy day on the floor when a number of House members weren’t even sure what they were voting on. But HB 265 went through the Senate today with only a small amendment thrown on it by Sen. Neil Riser, which means it’s back in the House for concurrence as amended.

In a sane world Pat Smith wouldn’t be able to pass any bills in this legislature regardless of merit, because Pat Smith is not only a consistent opponent of the majority’s agenda but a vituperative one – and that conduct should make her more or less too radioactive to legislate. But failing that, Pat Smith ought to be forced to mortgage her entire political life to get a bill passed in this legislature.

And a bill like this isn’t something Louisiana’s legislative majority should be predisposed to pass. Yes, we’re lately on the criminal justice reform kick, and some of that agenda is certainly worthy of consideration.

But here’s the thing – to somebody on parole, there ought to be a whole lot of life issues of considerably more importance than voting. If you’re out on parole, you need reacclimation into civil society, you need a job, you need to rebuild some sort of social connection to people who aren’t criminals and slimeballs, you need to make good with your family who might well be leery of having anything to do with you, you need to come up with adequate living arrangements, and so on. Voting is hardly high on that list of necessaries, and it’s fairly obvious and transparent that it’s Democrat politicians like Pat Smith who are the beneficiaries of having parolees vote.

What did Pat Smith give up in order to get Republicans to vote for a bill that would put 70,000 fresh bodies on the voter rolls, some 95 percent of whom are surely going to be Democrats? Oh – and by the way, we think this bill will also have the effect of putting these people into the jury pool, which combined with the also recently-passed SB 243, the unanimous-jury bill which will go in front of the voters this fall, could well result in a multitude of hung juries in criminal trials all over the state.

Bear in mind these are people on parole. They’re not people who have “finished their sentences” and “paid their debts to society.” When you’re on parole you’re still serving a sentence. The state isn’t done with you. Just because you’re not still in prison doesn’t mean you’re free, and it also doesn’t mean you’ve paid your debt to society.

And because you’re under the thumb of parole officers and social workers, and because you might well be living in a halfway house, you’re also potentially under the influence of people who may or may not be affiliated with a certain political party which may or may not feel the need to abuse the criminal justice system in order to hit its voter turnout goals.

To get Republicans to vote for a bill like this should have required Pat Smith to cough up support for something she finds completely objectionable. For example, there should have been no opposition by Smith or anyone else from the Legislative Black Caucus for HB 480, the bill we’ve covered at some length in this legislative session which would have required a matching of Medicaid applications to tax data to insure everybody signing up for Medicaid in Louisiana is actually eligible for Medicaid. That bill died in the Senate Revenue & Fiscal Affairs Committee yesterday on a party-line 6-3 vote, as the Democrats on the committee hacked away at Rep. Tony Bacala for “attacking the poor” with the bill. That was an abject lie, of course – the point of the bill is to disqualify people who are not poor despite fraudulently claiming to be from receiving an entitlement designed for the poor, and the money wasted covering not-poor people on Medicaid is interfering with the state’s ability to provide poor people on the program with access to health care.

Chairing Rev & Fisc on the Senate side is J.P. Morrell, the New Orleans Democrat who caused such trouble earlier this session by bringing a bill that altered the state’s crime-against-nature law in such a way as to force social conservatives either to vote to legalize sodomy (it’s a symbolic vote; the Supreme Court already struck down the anti-sodomy provision in that statute) or be seen as supporting bestiality. Morrell’s other bill is SB 243, the unanimous jury bill. Morrell’s bill goes to the voters this fall – and it’ll probably start with 70,000 votes in support if Smith’s bill survives House concurrence or a conference committee.

Those Democrats on Rev & Fisc are well aware what Bacala is trying to do, and they know that he’s serving poor people in Louisiana with that bill a hell of a lot more than they are in killing it. But that doesn’t matter, because what they want is the political power that widespread Medicaid enrollment will give them.

Just like the political power that voting rights for parolees will give them.

There is no way these people should be able to win on both of those issues with a Republican majority in both houses. No way.

Especially when you have the cases of HB 607 and HB 609 by Alan Seabaugh, which were a pair of technical insurance bills which passed both houses without a single vote in opposition, and yet were vetoed by Gov. John Bel Edwards for the sole reason that he doesn’t like Seabaugh. That’s the example the governor set, and it ought to be followed by the Republican majority – or else they ought to expect to just get rolled at every turn just like they’re getting rolled so often in this session except where the state budget is concerned.

Now that HB 480 has been killed, the House needs to kill HB 265. It shouldn’t concur with the Senate’s version of the bill and it ought to be killed in the conference committee or the vote following the conference report. And in next year’s legislative session if Smith wants to bring the bill back, she ought to be prepared to offer something of value in return. Like support from the Legislative Black Caucus for party primaries, for example. Or the merger of all the state’s boards of higher education into one board. Or higher admissions standards for the TOPS program.

But this business of Pat Smith or J.P. Morrell getting a free ride for their legislative priorities while strangling conservative reforms? That needs to end. It’s no way to run a legislature, and it’s certainly no way to move your own agenda forward.

Interested in more news from Louisiana? We've got you covered! See More Louisiana News
Previous Article Dallas City Council Building 20,000 new homes to attract middle class
Next Article JOHNSON: An Amendment To The School Prayer Bill Stopped What Could Have Been A Setback To Religious Freedom