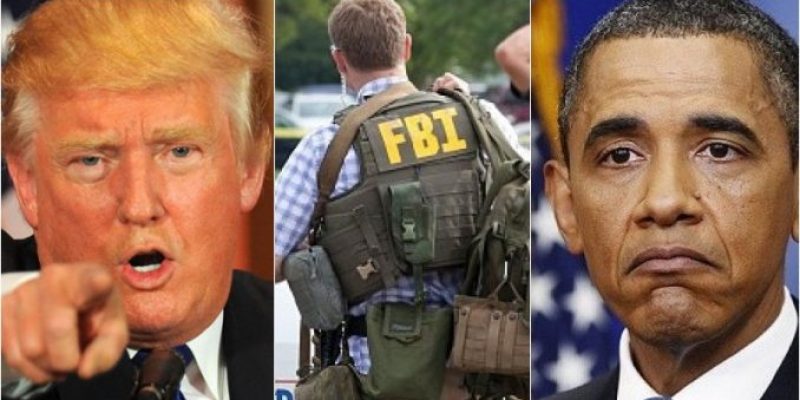 Amid new revelations, the Department of Justice has has expanded its probe into whether political interests played a role in the Obama Admin’s spying on the Trump Campaign.

On Monday, Deputy Attorney General Rod Rosenstein ordered Inspector General Michael Horowitz to widen a probe into privacy abuses to include infiltration by an FBI informant.

The Obama FBI allegedly deployed a spy on the Trump campaign and the DOJ wants to know if political motivations were involved before considering criminal prosecution. A statement released by the Justice Department says Horowitz has the authority to consult a criminal prosecutor if criminal wrongdoing is discovered.

The development comes less than 24 hours after President Trump demanded such action via a statement on Twitter:

I hereby demand, and will do so officially tomorrow, that the Department of Justice look into whether or not the FBI/DOJ infiltrated or surveilled the Trump Campaign for Political Purposes – and if any such demands or requests were made by people within the Obama Administration!

The demands come after two news publications reported that at least one FBI informant met with members of the Trump Campaign. The Justice Department did not disclose the identity of the spy, claiming it would jeopardize national security.

The revelation further incriminates the previous administration which was already under fire for using Foreign Intelligence Surveillance Act requests based on Democrat-funded research AKA “the Dossier” to obtain a warrant and initiate electronic surveillance on the future President’s campaign.

“If anyone did infiltrate or surveil participants in a presidential campaign for inappropriate purposes, we need to know about it and take appropriate action.”

Press Secretary Sarah Huckabee Sanders told the White House Press Corp that the DOJ, “has asked the inspector general to expand its current investigation to include any irregularities with the Federal Bureau of Investigation’s or the Department of Justice’s tactics concerning the Trump Campaign.”