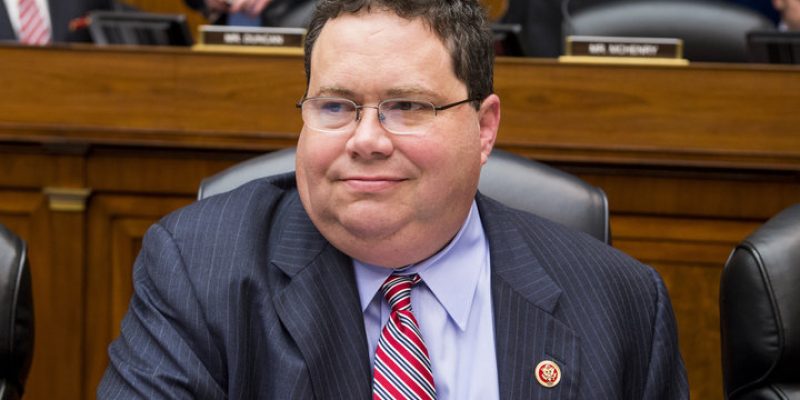 Republican Texas Gov. Greg Abbott sent a letter to former Congressman Blake Farenthold (R-Texas) demanding that he cover the cost of a special election that was called to replace him. Abbott announced on April 24 a special election to take place on June 30 to replace Farenthold’s District 27 seat. Whoever wins will serve the remainder of his term, which ends January 2019.

Farenthold resigned in April just months after he settled a sexual harassment claim and days before the House Ethics Committee was set to rule on their investigation into his misconduct. His former staffer, Lauren Greene, sued him for sexual harassment in 2014. The U.S. Treasury Department paid her $84,000 of taxpayer money to settle the claim.

Farenthold told a local TV station at the time that he’d reimburse the money that same week when asked about the settlement. He said, “I didn’t do anything wrong, but I also don’t want taxpayers to be on the hook for this.” In January of this year, he said that he would “wait to repay the money until after seeing what changes Congress would make to policies around the issue” and was going to get legal advise.

In a formal letter Abbott wrote to Farenthold in April, he argued:

“While you have publicly offered to reimburse the $84,000 in taxpayer funds you wrongly used to settle a sexual harassment claim, there is no legal recourse requiring you to give that money back to Congress.

“I am urging you to give those funds back to the counties in your district to cover the costs of the June 30, 2018, special election. This seat must be filled, and the counties and taxpayers in the 27th Congressional District should not again pay the price for your actions.”

Farenthold isn’t paying. And he’s contesting the sexual harassment claim. He said: “I want to make it perfectly clear that there were never any allegations that I ever touched anyone. In fact, while in office, there was never an instance in which I made sexual advances, requested sexual favors or engaged in physical harassment of a sexual nature.”

The House Ethics Committee, which was investigating Farenthold before he resigned said that in its discussions with Farenthold that he “publicly promised to reimburse the U.S. Treasury for $84,000 in funds paid to settle the lawsuit brought against him for claims of sexual harassment, gender discrimination, and retaliation.”

Farenthold still has not repaid a dime to the U.S. Treasury or to the State of Texas. He is worth more than $2 million, according to his most recent financial disclosure form, the Texas Tribune reports.

The special election allows for open filing, meaning, multiple members of the same party can file for the same seat. Republicans Bech Bruun (former Texas Water Development Board Chairma) and Michael Cloud (former Victoria County GOP Chairman) are expected to face off on the May 22 runoff election to represent the district. A third Republican, Corpus Christi doctor Marty Perez, recently filed for the seat, and Democrat Eric Holguin told The Texas Tribune he plans to file for the race.

Interested in more news from Texas? We've got you covered! See More Texas News
Previous Article CROUERE: So, Is Everybody Tired Of Mueller’s Witch Hunt By Now?
Next Article House District 13 special election headed for runoff May 22