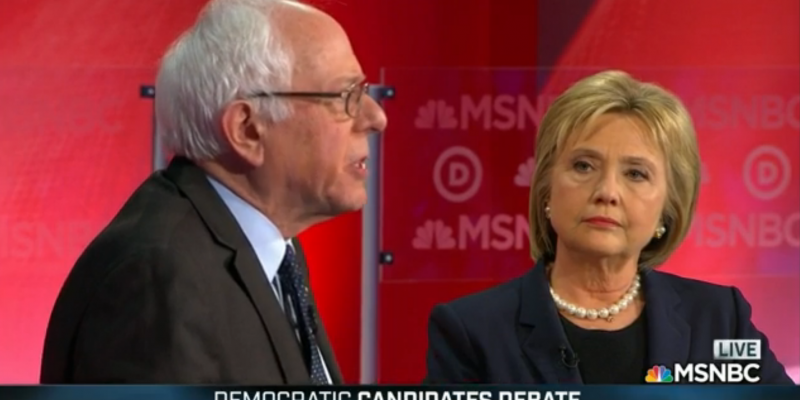 New York City – In an interview this week, former Democrat Presidential Nominee Hillary Clinton claimed her capitalist leanings likely hurt her among “socialists” in her party:

“It’s hard to know but if you’re in the Iowa caucuses and 41 percent of Democrats are socialists, or self-described socialists and I’m asked, ‘Are you a capitalist?’ And I say, ‘Yes but with appropriate regulation and appropriate accountability’, that probably gets lost in the ‘Oh my gosh, she’s a capitalist!'”

The former First Lady won the Iowa caucuses by a razor-thin margin of half a percentage point. Clinton was challenged by US Senator and self-proclaimed “Democratic Socialist” Bernie Sanders who had the following to say in his book published in the late 1990s:

“Bill Clinton is a moderate Democrat. I’m a democratic socialist.”

Many analysts agree that Sanders would have been the nominee without preferred treatment by the Democratic National Comittee toward Hillary throughout the primary process. This included the near-complete apportionment of “super delegates” which provided a considerable handicap to the favored candidate.

Only in today’s Democrat Party would Hillary Clinton actually be the more conservative alternative. Not only have Democrats abandoned capitalism, the economic system which elevated America to international financial leadership and brought millions out of poverty but at their 2012 National Convention, delegates nearly succeeded at removing God from their party platform.

It is truly a sad state of affairs but for the sake of our country, we should pray that our friends across the aisle get their act together before the electoral pendulum eventually swings back in their direction and the fate of our Republic is placed into the hands of godless socialists masquerading as “Democrats”.