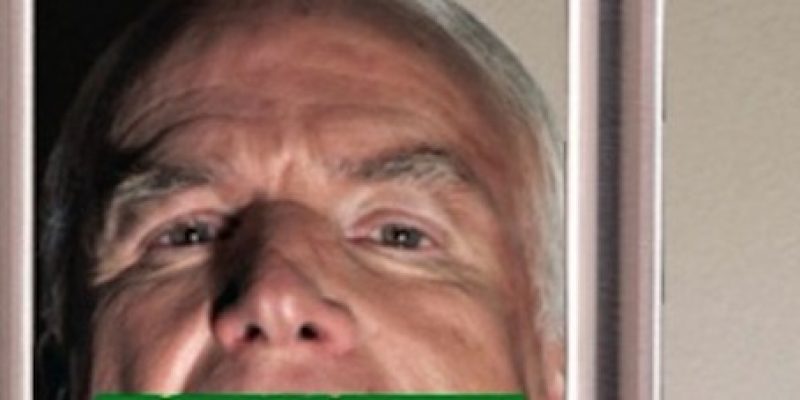 Establishment Republican Sen. John McCain admits in his upcoming book The Restless Wave that he helped orchestrate the fake Russian dossier investigation into Trump after Trump was illegally wiretapped by the Obama administration. He defends making unproven allegations about President Trump describing it as his “patriotic duty.”

Yesterday The Daily Beast reported that in his book McCain writes that he personally met with the then director of the FBI, James P. Comey, and give him the salacious material. He wrote:

“I agreed to receive a copy of what is now referred to as ‘the dossier.’ I reviewed its contents. The allegations were disturbing, but I had no idea which if any were true. I could not independently verify any of it, and so I did what any American who cares about our nation’s security should have done.”

He said he went to see Mr. Comey “at his earliest convenience, handed him the dossier, explained how it had come into my possession.” 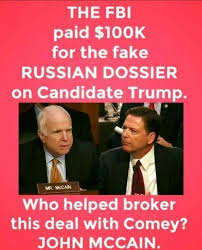 The Daily Beast, which received an advanced copy, wrote that McCain says: “Isaid I didn’t know what to make of it, and I trusted the FBI would examine it carefully and investigate its claims. With that, I thanked the director and left. The entire meeting had probably not lasted longer than ten minutes. I did what duty demanded I do.”

At the time the dossier surfaced McCain was identified as the one who gave it to the FBI in December 2016. He acknowledged involvement in a statement at the time. Now he’s acknowledging in his book that he helped orchestrate a witch hunt into Trump based entirely on false accusations and information provided by the Democratic National Committee, which is under investigation for campaign finance law violations and illegally money laundering $85 million!