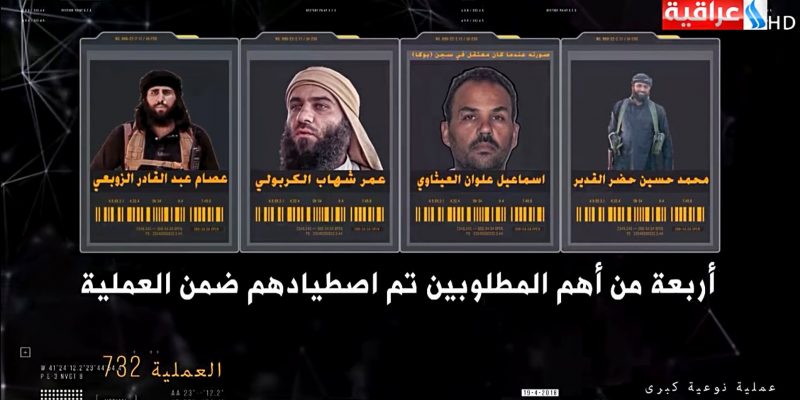 With the Islamic State (ISIS) on the run, the Iraqi military has been on a warpath with the help of American forces and have now captured 5 top commanders.

The extremist group that terrorized an entire country has been reduced to nomads. Iraq and the US declared victory over the group last December.

Iraqi authorities are now in possession of five Islamic State commanders following a sting operation which utilized a messaging app on one of their phones to lure the other four. Iraqi TV described the five as “some of the most wanted” ISIS leaders. The five were named and shown in yellow prisoner uniforms.

Among them was a top aide to ISIS leader Abu Bakr al-Baghdadi who was captured by Turkish authorities in February and turned over to Iraq. Iraqi agents used the messaging app on his cell phone to lure the other four commanders from Syria into Iraq and into custody.

Iraqi Security Aadvisor Hisham al-Hashimi told Reuters that the operation was carried out in cooperation with US-led coalition forces fighting against ISIS on both sides of the border. The capture of the ISIS-aid not only created the opportunity for the sting operation but also revealed secret communication codes and bank accounts used by the terrorist organization.

Baghdadi, the self-proclaimed leader of the Muslim world is rumored to be in hiding somewhere along the Iraqi-Syrian border region after losing all stronghold territories which once encompassed nearly half of Iraq and a swath of Syria. Their last stronghold of Raqqa was liberated by coalition forces near the end of 2017.

In an interview, President Trump took credit for the momentum shift:

Roughly 5,000 US troops remain in Iraq training the nation’s military as they near the final stages of the extermination of the Islamic State in Iraq & Syria.