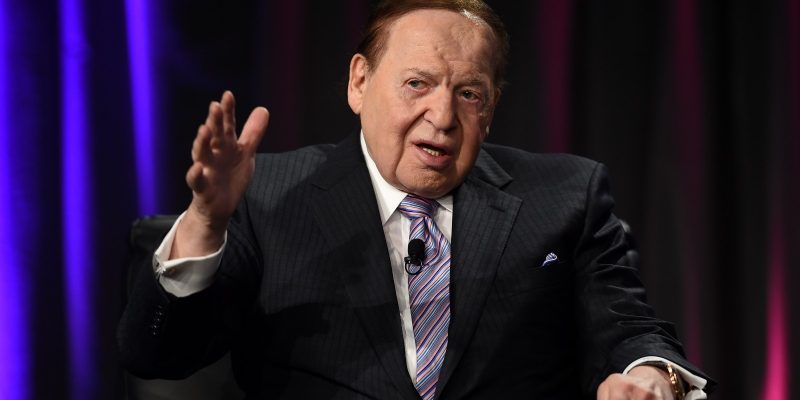 Republicans in Congress owe a big “thank you” to mega-donor businessman Sheldon Adelson after a recent meeting with House Speaker Paul Ryan resulted in a large, make that very large donation.

The development comes and the heels of another reason for optimism, a new poll that has Democratic hopes for a “blue wave” all but erased.

The $30 million contribution was provided to the Republican-affiliated GOP Leadership Fund, a Political Action Committee (PAC) which acts as a booster to incumbent members of Congress.

It has been reported that Speaker Ryan (R-WI) met with Adelson at one of his hotel resorts in Las Vegas to explain how crucial the midterm election will be. Attendees of the meeting included Adelson’s wife, the head of the CLF Corey Bliss and Republican Jewish Coalition Chairman Norm Coleman.

Since federally-elected officials are prohibited from requesting six-figure (or eight in this case) donations, the request was made by Coleman after the Republican leader left the room.

The business tycoon also donated $10 million in ahead of the 2016 general election. The most recent contribution which tripled that amount was welcomed and needed following recent fundraising success from the other side of the aisle which includes 40 Democrat challengers outraising their Republican incumbent counterparts.

With an estimated net worth of more than $40 billion, he is the world’s 19th richest individual. Mr. Adelson is considered one of the GOP’s most fervent supporters and donors, shelling out over $100 million in the largely unsuccessful 2012 elections and remaining undeterred. He is the founder, Chairman and CEO of Las Vegas Sands, an American-based international casino and resort corporation.

The result of his most recent investment remains to be seen but most signs are looking up for Republicans in Congress.

“I’ve learned that now that I’ve accumulated incredible amounts of money, I could do some good for humanity.” -Sheldon Adelson