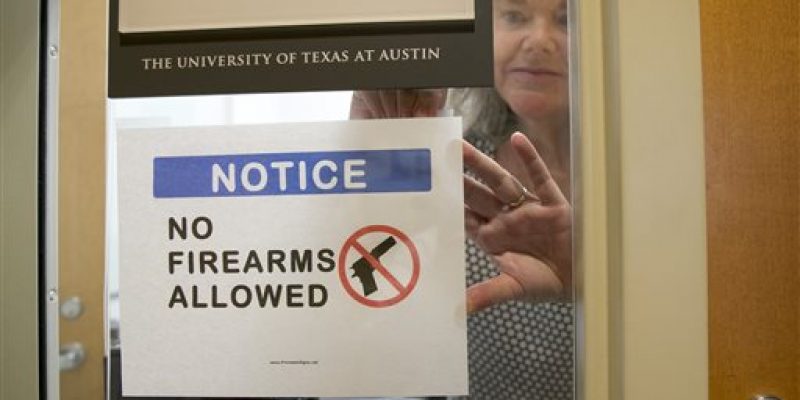 Baton Rouge, LA – A bill provision that would have allowed school visitors with Concealed Handgun Licenses to “concealed carry” on campus has been removed by a Senate Committee.

While the concealed carry portion was heavily amended, the bill will allow students to wear bulletproof backpacks which could be used as shields in the event of a school shooting. The amended bill was passed out of committee by a vote of 3-2.

The moderated version of the bill will only allow CHL holders to carry up to the edge of a school campus. If passed by the full Senate, it will be sent back to the House for final approval.

The legislative discussion occurs following record tensions after the February school shooting in Parkland, Florida. The most immediate lethal response was a now-disgraced school resource officer who took shelter outside of the building as 17 students were killed by a crazed gunman.

The tragedy spurred a national debate with both legislators and public figures demanding legislative fixes to prevent future mass shootings.

On the left, “gun control” activists have called for stricter background checks, a ban on large capacity magazines and even a ban on “military style rifles” which would include the AR-15, one of the most popular firearms in America.

On the right, Second Amendment activists have called for sweeping deregulation to empower parents, teachers and schools to defend children with lethal force. This includes relaxed requirements for CHLs, the elimination of “gun free zones” and even allowing teachers or school administrators to carry firearms in case of an active shooter.

In 2017, the Texas legislature passed campus-carry which caused a heated debate and strong push-back from the University of Texas in Austin.

By the looks of it, Louisiana will not be on that list any time soon. Even if the legislature were to pass such a law, Governor John Bel Edwards (D) would likely veto the legislation.

Interested in more news from Texas? We've got you covered! See More Texas News
Previous Article JOHNSON: An Amendment To The School Prayer Bill Stopped What Could Have Been A Setback To Religious Freedom
Next Article Charity Fraud: Caddo Parish Commissioner Indicted