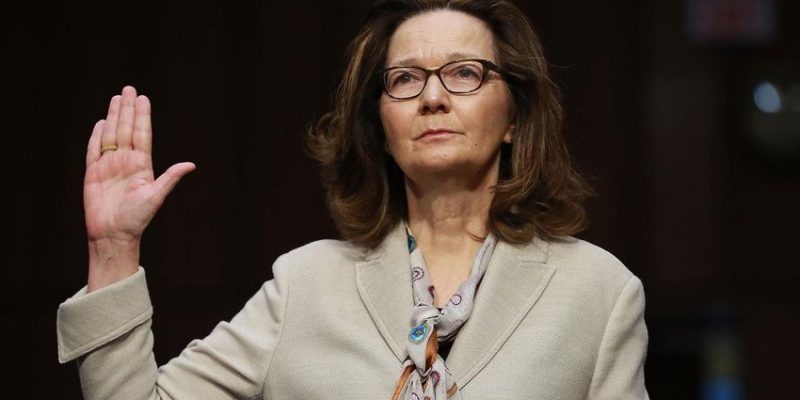 Senator John McCain (R-AZ) is urging his colleagues in the US Senate to reject Gina Haspel, President Trump’s nominee for CIA Director. McCain has been at his ranch in Arizona as he is ailing from his battle with an aggressive brain cancer.

The five-term Senator released the following statement on Wednesday:

“I believe Gina Haspel is a patriot who loves our country and has devoted her professional life to its service and defense. However, Ms. Haspel’s role in overseeing the use of torture by Americans is disturbing. Her refusal to acknowledge torture’s immorality is disqualifying. I believe the Senate should exercise its duty of advice and consent and reject this nomination.”

The issue of torture is uniquely familiar to McCain who was himself tortured during his 5 years in captivity during the Vietnam war. His injuries permanently prevent him from raising his arms above his head.

At her confirmation hearing Wednesday morning, the nominee was repeatedly questioned over her role in the CIA’s “enhanced-interrogation” techniques. It is rumored that in 2002, Haspel ran a “black-site” for the CIA based in Thailand.

The nominee reassured the Senate that she would not restart the program but declined to acknowledge the tactics used were immoral, drawing the ire of several members. McCain joins Senator Rand Paul (R-KY) as the only Republican Senators publicly opposed to her nomination. The Kentucky Senator has the following to add to her confirmation:

“I don’t want the message to be that if members of our armed services are captured that, since torture’s OK with the Americans, it’s going to be fine to torture Americans when they’re captured, and I think that is the message that it sends.”

Gina Haspel is likely to be narrowly approved following her nomination by President Trump to fill the shoes of newly-appointed Secretary of State Mike Pompeo.