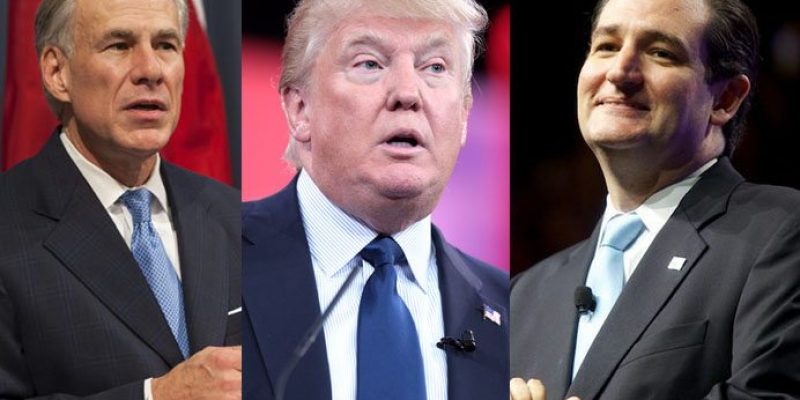 The poll shows an impressive unity among Republicans who support Abbott and Cruz almost as uniformly as Texas Democrats oppose President Trump.

With a 52% approval rating, Senator Ted Cruz more than tripled his support over Democrat Beto O’Rourke since last month’s poll. His previous 3-point lead that caused some to label the race a “toss-up” has grown into an 11-point lead at 50-39. Notably, Cruz took O’Rourke’s lead in support among women.

Analysts point out a decrease in support among Independents for the San Antonio Democrat. 50% of respondents said they “haven’t heard enough” to approve or disapprove of O’Rourke.

John Cornyn has a 40% approval rating with a 30% disapproval rating. The Senate Majority Whip and former Texas Attorney General is not up for re-election until 2020.

Greg Abbott doubled his support among Texans, increasing his 9-point lead over Democrat Lupe Valdez since April to 18% at 53-34. The poll showed that 60% of Texans approve of the job Greg Abbott is doing as Governor. His opponent, a former Dallas County Sheriff holds a considerable lead among black voters but only a 4-point lead among Hispanics.

Notably, Governor Abbott receives 30% approval from Democrat respondents and 54% from Independents, a cause for concern for the Democrat Party. 53% of respondents said they “haven’t heard enough” to approve or disapprove of Valdez.

President Trump also improved his standing in the Lone Star State, turning a 9-point deficit into an even 47-47 split. Independents lean against Trump 54-40 while Republicans approve 88-7 and Democrats disapprove 92-3. Trump’s support increases with each age group. Economy, healthcare and immigration tied for the most important issue at 23%.

Based on these numbers, the “blue wave” seems to be slipping away for once hopeful Texas Democrats.