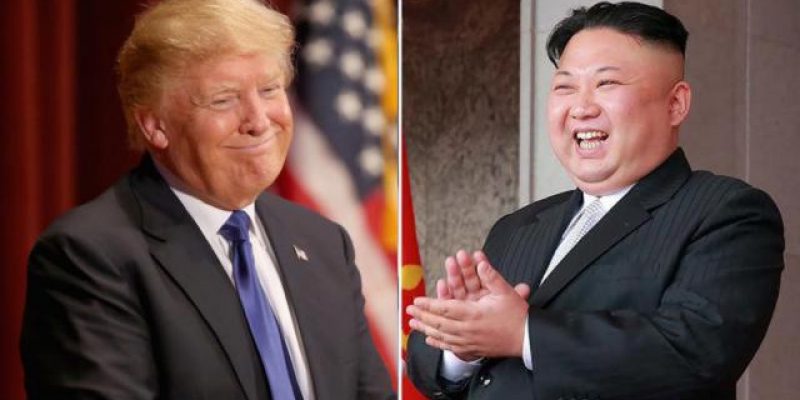 Pyongyang, North Korea – In yet another concession to the United States, three American citizens have been released ahead of President Trump’s rumored meeting with North Korea Dictator Kim Jong Un. The development joins other concessions by the world leader dubbed “Little Kim” by Trump in an apparent attempt to deescalate tensions with his administration.

The news follows the shockingly positive developments last week which included a pledge to denuclearize, new peace talks with South Korea and a visit to the DMZ by both Korean leaders.

Kim Dong Chul, Kim Hak-Song and Kim Sang Duk have reportedly been released from a labor camp and sent to medical treatment. Song and Duk worked at the Pyongyang University for Science and Technology while Chul is the President of a company that engages in international trade.

President Trump announced Tuesday that the location and time of the historic meeting with Kim Jong Un could be released by the end of the week and that the meeting could take place as soon as “three to four weeks”.

Some are calling the development worthy of the Nobel Peace Prize and given the proper handling of the optics, it very well could happen. Given the unprecedented nature of the North Korea talks, the case can certainly be made but that decision will be determined by a 5-member committee which are nominated by the Norwegian Parliament.

Two weeks before Donald Trump’s inauguration North Korea announced it was “in the final stages of developing a nuclear weapon capable of reaching the US” to which Trump taunted, “Not gonna happen!”. The Korean dictator responded by posting a simulation video of an American city being wiped out by a nuke, feeding paranoia about foreign relations under President Trump.

In June of 2017, President Trump announced, “The era of strategic patience with the North Korea regime has failed. That patience is over.” Further escalating tensions, an American prisoner was released only to succumb to his injuries after more than a year in captivity. Otto Warmbier, a 22-year old American college student died due to extensive brain damage.

August 2017 was the height of tensions as Kim Jong Un threatened to attack the U.S. territory of Guam which Trump warned would result in “fire and fury like the world has never seen.”

We’ve come a long way from the rhetoric of the brink of nuclear war, let’s hope we don’t revisit that discussion again anytime soon.