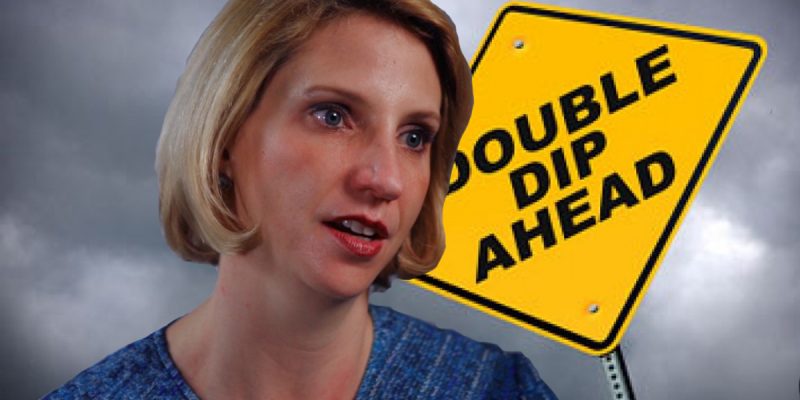 Let’s begin this with a foray over to the other side of the political aisle – namely, a post from a couple of weeks ago at Louisiana Voice, a site not exactly in love with the conservative movement or the folks here at The Hayride. At that site Tom Aswell described an ongoing controversy involving Louisiana Department of Health Secretary Rebekah Gee and her attempts at continued employment as a doctor as LSU Health Sciences Center in New Orleans while running a $12 billion state agency.

This, as you might imagine, is more than a bit problematic – and the lawyers have been involved for some time…

Dr. Rebekah Gee was appointed Secretary of LDH by Gov. John Bel Edwards in January 2016 as he came to office. Prior to that, she was employed by the LSU HEALTH SCIENCES CENTER (LSUHSC) in New Orleans where she served as an obstetrician/gynecologist and as assistant professor of health policy and management.

So, it stands to reason that any attempt by LDH Secretary Dr. Rebekah Gee to pursue negotiations with LSU to retain her medical license, credentials, and board certifications through continued part-time employment as a physician at LSUHSC would be done on her own behalf and at her personal legal expenses.

Certainly, rank-and-file state employees must adhere to strict guidelines regarding the use of state computers, email addresses and telephone numbers—not to mention the taboo of calling on state attorneys to do private legal work on state time and state equipment.

Instead, following her appointment as secretary, she apparently directed the department’s legal counsel to pursue negotiations with LSU on her behalf on state time and using his state email address and signing off on his email correspondence with LSU as the executive counsel for the department.

Included in the email thread were negotiations on Dr. Gee’s behalf for her to retain her tenure at LSU (pretty difficult, considering her status was reduced to unpaid volunteer) and for LSU to pony up the premiums to keep her medical malpractice insurance from lapsing—a pretty generous financial windfall in its own right.

And all that doesn’t even address the apparent conflict of interest in her performing work for an agency overseen by—and which receives funding from—the department which she now heads.

As they say, rank does have its privileges and the series of emails back and forth between executive counsel Stephen Russo and LSU officials appears pretty rank.

The post exposes an e-mail thread between Russo, the state attorney acting on Gee’s personal behalf, and LSUHSC’s employees wherein the latter group explains all the legal and ethical pitfalls associated with Gee’s attempts to remain a practicing doctor while running the state health department. One comes to a fairly strong realization in reading it that (1) reasonable people would recognize Gee’s attempts to continue practicing medicine while running that agency are incompatible, and (2) this might be a pro bono health care practice she envisions, but what she’s actually doing is using LSU to maintain her medical license and hang the cost of her medical malpractice insurance premiums on LSU while she’s running LDH and can’t cover those premiums with proceeds from practicing medicine.

So even as a pro bono activity, this is still an example of double-dipping.

As Aswell notes, there is no provision in state policy which says anyone has to be a doctor to run the Louisiana Department of Health. What the LDH Secretary does isn’t really medicine at all; it’s straight-up administration.

For some reason, the Edwards administration and its allies in media and politics have held Gee’s double-duty professional regimen up as an example of great selflessness and public service worthy of praise. We talked to a couple of doctors who told us that in private practice if you wanted to stick the cost of your med-mal insurance on your medical partners for four years while bringing in no revenue from patients you might get yourself stuck with a scalpel, Hippocratic Oath be damned, so it’s not like there is a consensus in evidence that this moonlighting of Gee is an unalloyed good thing.

Not by a long shot.

Which brings us to HB 849, a bill by Rep. Lance Harris (R-Alexandria) which would address the situation of not just Gee but other agency heads who see public service as a pursuit which could have side benefits to it. The bill says that if you run a state agency you’re in for a 40-hour work week, which is as its critics charged a shot at Gee because her whereabouts as head of LDH are a running joke at the Legislature, particularly given the difficulty in accessing her schedule to get her to do things like testify at legislative committees about where half of Louisiana’s budget might be going (not to mention the rather voluminous amount of time she has on occasion been known to spend on social media), and most importantly that you’re out when it comes to pursuing work within the industry your agency covers.

But as Rebekah Gee is something of a Golden Child with Gov. John Bel Edwards and the Louisiana Democrat Party, not to mention its lickspittles in the Louisiana legacy media, this was seen as an affront to all that is good about state government. How’s this for balanced journalism?

Harris said he thinks the public deserves to have the full attention of agency heads, who are managing large budgets for the government. The Edwards administration said the governor’s appointees, including Gee, are also giving the state their full attention and best.

“If Rep. Harris has a concern related to a particular position, he should say it, but based on his floor comments, he clearly doesn’t have an understanding about how many hours agency heads put in on this job,” said Richard Carbo, the governor’s spokesman. “Gov. Edwards expects all of his agency heads to work full time in their roles, and there’s no reason to suggest they are not.”

“As the Secretary of the Department of Health and a doctor, Gov. Edwards appreciates that Sec. Rebekah Gee is willing to work for pro-bono in order to keep her medical license. That’s a critical piece to her serving in that role,” Carbo said.

No mention of med-mal at all.

So Tuesday the bill hits the House floor, and here’s what happened…

The vote was 46-40 in favor, but the bill would have needed 53 votes to pass. There were 19 House members absent, a good dozen of whom would surely have been “yes” votes – so one of the reasons the bill failed was an insufficient amount of whipping of the vote and getting members in their chairs for it.

But like Harris asked during the debate, why is anybody against a bill like this? For an agency head, who is tasked with properly shepherding tens or hundreds of millions of dollars or in the case of LDH some $12 billion, to be asked to devote all of his or her professional time to the endeavor is hardly an unreasonable demand. Try getting a job as a hired-gun CEO of a $12 billion corporation and see what the board tells you about your preference to also hold a management position with one of its suppliers.

There were 40 members of the legislature willing to vote against a bill which says it’s not OK to be a part-time employee in charge of one-half the state’s budget, and those legislators were in lockstep with the Governor of Louisiana. Think about that, and then ask yourself if you believe this government isn’t a complete disaster.