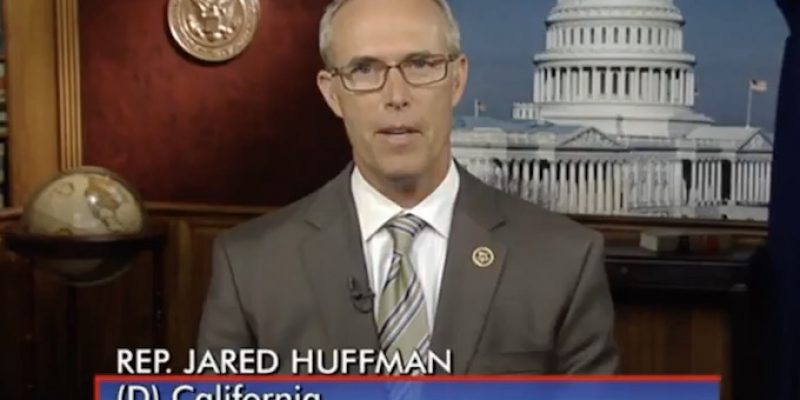 Atheists and nonbelievers announced the creation of a new caucus in Congress dedicated to promoting their non-belief: the Congressional Freethought Caucus. Democratic Congressmen Jared Huffman and Jerry McNerney of California, Jamie Raskin (MD), and Dan Kildee (MI) established the caucus this week, which will be co-chaired by Mr. Huffman and Mr. Raskin.

Huffman said in a statement:

“I’m thrilled to be a co-founder of the new Congressional Freethought Caucus, which will help spark an open dialogue about science and reason-based policy solutions, and the importance of defending the secular character of our government. There currently is no forum focused on these important issues, and with this administration and certain members of Congress constantly working to erode the separation of church and state, this new caucus is both important and timely.”

“Two-and-a-half centuries after the Founders of our country separated church and state and guaranteed the individual freedoms of thought, conscience, speech and worship, it is a high honor to be a co-founder and member of the Congressional Freethought Caucus, which is organizing to defend these principles and values against continuing attack. We face a constant undertow in Congress of dangerous efforts to stifle science and promote official religious dogma and orthodoxy.”

The caucus’ four main goals are to:

The American Humanist Association (AHA) and the Center for Freethought Equality (CFE) stated that they were involved in helping establish the caucus, the Washington Times reported.

Roy Speckhardt, the AHA’s executive director, remarked that the Freethought caucus is a “marker of how far the movement for secular and nontheist equality has come.”

Ron Millar, the CFE’s political and PAC coordinator, said that the caucus would help “normaliz[e] the participation of atheists and humanists within American politics.”