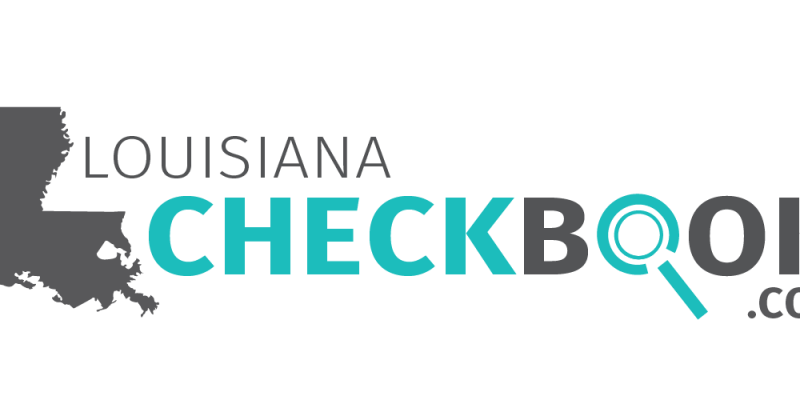 The Louisiana Checkbook website would greatly improve the existing website, LaTrac, into a portal where citizens can easily find out how taxpayer money is spent. The bill passed by a vote of 96 to 2. It now heads to the Senate and if passed, to the governor’s desk to sign or veto.

The vote comes after U.S. PIRG ranked Louisiana 5th out of 50 states and gave it an A grade for transparency.In its new report, “Following the Money 2018: How the 50 States Rate in Providing Online Access to Government Spending Data,” U.S. PIRG evaluated the transparency of state spending information made available online.

Every year state governments spend hundreds of billions of taxpayer dollars on contracts for goods and services, economic development subsidies, and other expenditures, U.S. PIRG notes. In order to be held accountable to the taxpayer, it asserts that, “public scrutiny is necessary to ensure that the public can trust that state funds are spent as well as possible.

Louisiana scored in the top ten of the most improved states. Its score increased from an 88 in 2014 to a 96 in 2015 for providing online access to government spending data.

Louisiana created LaTrac to provide “checkbook-level information” on how all branches of the state government spend taxpayer money. Members of the public can view payments the state made to individual companies and details about any goods or services that were purchased or public benefits that were obtained. The website provides direct access to the public to research for themselves how their tax dollars are being spent.

“Louisiana was at the forefront of the government transparency movement. But a lot has changed since LaTrac was first rolled out, and it’s time for Louisiana to catch up. That’s why it’s so important that we implement Louisiana Checkbook, so taxpayers have a user-friendly tool to access exactly how their money is being spent in government,” Daniel J. Erspamer, CEO of the Pelican Institute for Public Policy, told Watchdog.org.

LaTrac was first implemented in 2008 under the Jindal administration. Since then, consumer advocates and business associations argue that the site’s navigation needs updating. A coalition of 29 associations and organizations is lobbying the State Legislature to approve a “Louisiana Checkbook,” modeled on the Ohio Checkbook. They launched a website providing more information about it, and a petition Louisianans can sign demanding transparency in government spending.

Instead of waiting for, or in addition to a state website, local governments and school boards are proposing and adopting their own versions of the Louisiana Checkbook, such as the Lafayette Parish School Board. It implemented its own checkbook system and is calling on the state and other local governments to follow its model.

Discrepancy over the cost of implementing the checkbook website exists between the governor and vendors. Governor John Bel Edwards has stated publicly that he supports the website in theory, but in reality it would cost $30 million to upgrade the financial and IT infrastructure of the state’s website, LaGov. However, vendors have told the coalition that that this estimate is way off the mark. The realistic cost is what is noted in the House bill, an expected cost of $800,000 over three years.