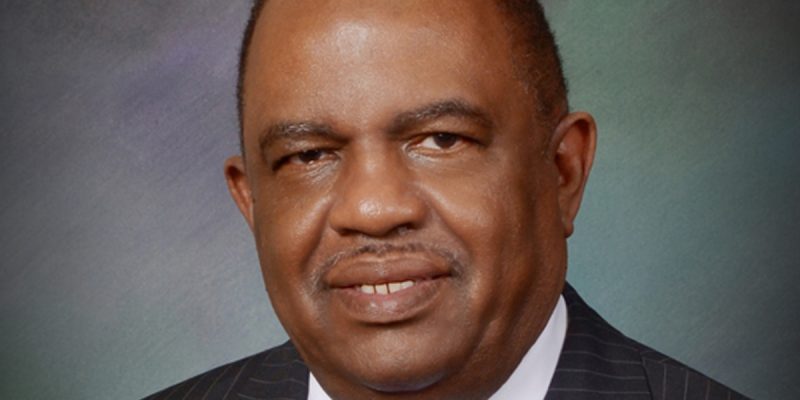 Women have been running for office in this country before they were allowed to vote. In fact, over 3,500 women campaigned for elected office before the 19th Amendment was even passed in 1920.

And while the most likely path for these women to political office was through widowhood (at one point, 80 percent of women in office filled their husband’s seats), it’s not 1920 anymore – and someone should remind Shreveport City Councilman Willie Bradford of the same – and that it’s never too late to give up your prejudices.

You see, at a recent political gathering, Councilman Bradford was introducing a candidate he was supporting for City Council, in District B. And while Councilman Bradford spoke for nearly 20 minutes, he spoke less of the virtues of the candidate he was there to support, and more about the unfairness and prejudice of Shreveport. To make his point, he singled out another candidate for City Council in District B, who is a stay-at-home mom, raising 2 children that she and her husband adopted. Councilman Bradford said, “Therein lies the problem with Shreveport, y’all,” as he explained, “We cannot keep electing our housewives.”

Of course not, Mr. Bradford, so let’s just keep electing candidates who don’t know what daily life is all about for the average Shreveporter. Let’s keep electing those who are selected by the “ruling class,” in some cigar-chewing, smoke-filled backroom, where everyone present is promised a piece of “pie” while the rest of us pick-up the check (including the gratuity).

According to Mr. Bradford’s remarks, stay-at-home moms are not “qualified” to serve in elected office because they are not “fighters” and haven’t “paid their dues.” Really? What mom do you know that isn’t a “fighter” for her family? Moms “fight” everyday – often clocking a 94-hour work week as the money manager, the cook, the psychologist, housekeeper, event planner, etc. of their household. In fact, Salary.com estimates that it would cost almost $150,000 a year to replace them.

And when Mr. Bradford says that we says we need to elect someone who has “paid their dues,” what does that mean? To whom are the dues owed? Maybe that’s been the path to elected office here, in the past, but how well has that worked out so far, for the 47% of Shreveporters that Mr. Bradford says live in poverty now? Not very well.

And while Mr. Bradford believes that a stay-at-home mom isn’t qualified to run for elected office because she knows “nothing” about politics, there are lots of successful people who knew “nothing” before they learned exactly what it took to get the job done.

For example, Mary Kay Ash, the founder of Mary Kay Cosmetics had no formal education or entrepreneurial training, before starting her company in 1963. Billionaire Richard Branson had no formal higher education, or business training, before he started Virgin Records. Andrew Carnegie dropped out of school at an early age to work and taught himself by reading as much as he could, before becoming the richest American of all-time. Thomas Edison didn’t have any sort of formal training or professional experience. Nor did Walt Disney, or even Colonel Sanders, who learned to cook while caring for his siblings growing up, long before opening his first Kentucky Fried Chicken.

It’s different today, though. Women represent approximately 20 percent of Congress, about 25 percent of state legislature seats, and nearly 12 percent of governorships. They hold about one-quarter percent of statewide elected offices, such as attorney general and lieutenant governor. And even though women have shown they can win elections, often at comparable (if not higher) rates than men, too few women run for office at all, especially after folks like Mr. Bradford take the podium.

So it’s not hard to understand why women think they are less “qualified” to run for office than men, and why they are less likely to be recruited for office (since they haven’t “paid their dues”).

But despite Mr. Bradford’s public comments about Wendy Vance having been viewed on social media, hundreds and hundreds of times, the silence of so many elected officials (many of whom want to be your next Mayor or City Councilman), and who should be pushing back on such comments – and encouraging women, instead – is deafening.

Abraham Lincoln was right when he said, “A house divided against itself cannot stand,” and the same can be said for Shreveport, especially this election year. Yes, inclusion takes time…it takes effort…and it takes a willingness to listen.