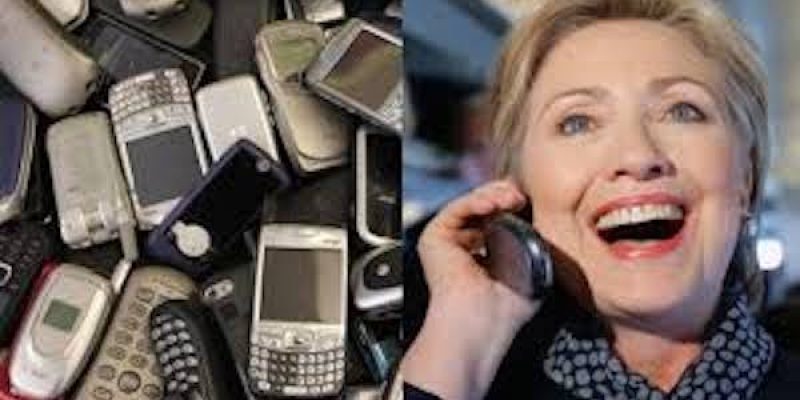 Surprise, surprise. What Hillary Clinton repeatedly denied wasn’t true is actually true. A memo from Peter Strzok, the FBI agent in charge of the Hillary Clinton email investigation, revealed that classified email on Hillary Clinton’s server was accessed by “foreign actors,” Fox News reported after obtaining a copy of the memo.

House Judiciary Chairman Bob Goodlatte and Oversight Chairman Trey Gowdy stated, “Documents provided to the Committees show foreign actors obtained access to some of Mrs. Clinton’s emails — including at least one email classified ‘Secret’ [which could] “reasonably be expected to cause serious damage to the national security.”

The Washington Examiner explains that “secret” is a high level of classification.

Here is what Strzok wrote in the email:

“The statement that ‘we assess it as reasonably likely that hostile actors gained access to Secretary Clinton’s private email account’ is too strong. … it (sic) is more accurate to say we know foreign actors obtained access to some of her emails (including at least one Secret one) via compromises of the private email accounts of some of her staffers.

“It’s also accurate to say that a sophisticated foreign actor would likely have known about her private email domain, and would be competent enough not to leave a trace if they gained access. But we have seen no direct evidence that they did.”

Here’s the rationale: Hillary Clinton’s private server was “secure” in a way that “a sophisticated foreign actor would likely have known about her private email domain” and have been able to break into it.

If they did break into it, they wouldn’t have left a trace.

Therefore, the FBI claims there’s no evidence of a crime even though Strozk admits could have been easily carried out without leaving a trace.

This is no minor gaffe.

It’s finally confirmed and official that Hillary Clinton’s server was accessed by foreign actors– which is what people have been saying all along who are familiar with her repeated lies and cover-ups. China, Russia, Pakistan via the DNC IT contractor who worked for Debbie Wasserman-Schultz for over a decade. Anyone, could have accessed her server, and did. Yet the FBI, under Comey stated that no crime had been committed.

Interested in more national news? We've got you covered! See More National News
Previous Article We Now Know A Half-Cent Sales Tax Can’t Pass In The Louisiana House Of Representatives
Next Article The Louisiana Senate Is Going To Try To Raise A Billion Dollars In Taxes In Violation Of The State Constitution