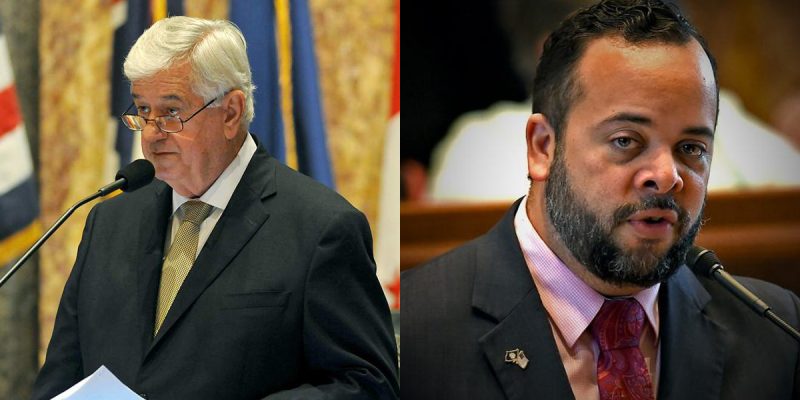 This morning on a vote of 7-2, the Democrat-heavy Senate Revenue & Fiscal Affairs Committee advanced a resolution by its chairman J.P. Morrell which would suspend the sunset of the fifth penny of state sales taxes said to be temporary when passed in 2016. SCR 6 would essentially extend the fifth penny to next year, flooding the Louisiana treasury with close to a billion dollars (or more specifically $905 million) of your money.

And SCR 6, as it’s going to be introduced on the Senate floor later today (in all likelihood), is patently, obviously unconstitutional. Article III…

Section 20. Only the legislature may suspend a law, and then only by the same vote and, except for gubernatorial veto and time limitations for introduction, according to the same procedures and formalities required for enactment of that law. After the effective date of this constitution, every resolution suspending a law shall fix the period of suspension, which shall not extend beyond the sixtieth day after final adjournment of the next regular session.

“Only by the same vote” as applied here would mean that since the fifth penny was a tax increase requiring a 2/3rds vote when passed in 2016 it would require a 2/3rds vote to suspend any of its provisions.

But what we’re hearing is that Senate President John Alario, who co-authored the resolution with Morrell, is going to rule from the chair that it only requires a simple majority for passage. And that House clerk Butch Speer, who worked for Alario when he was House Speaker, has been busy trying to convince current Speaker Taylor Barras the resolution would only require a simple majority for close to a billion dollar tax increase.

We have a difficult time believing what we’re hearing on this score, however, because we remember a related kerfuffle from back in 2015 when amid a different “fiscal cliff” situation the Legislature raised hundreds of millions of dollars in taxes by eliminating exemptions to taxes for business. And then-Treasurer John Kennedy objected to the passage of those functional tax increases by making the case that the state constitution required a 2/3rds vote for a tax increase.

At the time Speer bashed Kennedy over the issue, saying that it was “black letter constitutional law” that to eliminate, or suspend, exemptions would require the same vote as to install them.

There is in fact video of this, courtesy of our pal Robert Burns of Sound Off, Louisiana!, who recorded Speer’s statement back in 2015.

So clearly if this attempt at a coup de grace by Morrell and Alario were to somehow succeed and perpetrate an almost billion-dollar heist from the Louisiana taxpayer, there will be a lawsuit just like the ones filed by various business groups after the 2015 elimination of those exemptions. Only this time the lawsuit would be quite successful.

And politically, anyone who votes for this and has an “R” next to his or her name would have to be market for political death by an outraged population in his or her district. That’s something which in a sane world should put an end to any possibility of this resolution moving forward past that terrible committee which passed it – even in the Louisiana Senate.