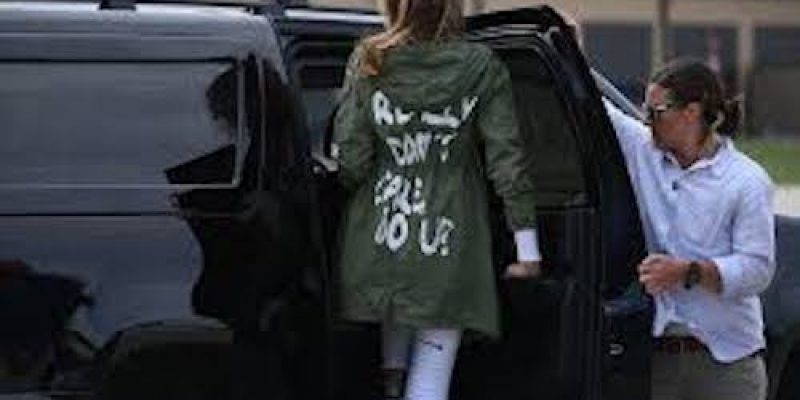 Last week First lady Melania Trump came to McAllen, Texas, to visit a shelter where illegal alien children are being held and to thank law enforcement officials and social service providers for their efforts.

She said, “I want to thank you for your hard work, your compassion and your kindness you’re giving them in this difficult time. I’d also like to ask you how I can help to — these children, to reunite with their families, as quickly as possible.”

She visited a permanent shelter that was opened in 2014, which houses children who illegally cross the border or are smuggled in without one of their parents. A senior administration official stated that only ten percent (6 out of the 60) of the children from Honduras and El Salvador at the shelter had been separated from their parents after they arrived.

The trip was planned before Mr. Trump signed his executive order instructing federal agents to not separate families after they cross the border illegally. Mrs. Trump’s spokesperson said, “She wants to see what’s happening for herself, and she wants to lend her support — executive order or not. The executive order certainly is helping pave the way a little bit, but there’s still a lot to be done.”

But instead, of caring about Mrs. Trump’s concern about children, the media could only focus on the$39 Zara military- style jacket she was wearing. On the back it reads: “I Really Don’t Care, Do U?”

Media elitists and rock band members took to social media, describing her wearing the jacket as, “tone-deaf”, “inappropriate”, and that “she doesn’t care” about the illegal families being separated.

“It’s a jacket. There was no hidden message. After today’s important visit to Texas, I hope the media isn’t going to choose to focus on her wardrobe.”

Today’s visit w the children in Texas impacted @flotus greatly. If media would spend their time & energy on her actions & efforts to help kids – rather than speculate & focus on her wardrobe – we could get so much accomplished on behalf of children. #SheCares #ItsJustAJacket

Mainstream “news” “reporter” Liz Plank posted on Instagram that the First Lady wearing the jacket was intended as a publicity stunt “to bait journalists into appearing unconcerned” about illegal alien children. She argued that the Trump Administration was using the jacked as a way to discredit the media. But who is she kidding? The false flag mainstream media has already discredited itself. A jacket doesn’t even come close to exposing the false propagation it calls “news,” like the false Russian narrative, the failure to report on Obama or Clinton or Comey crimes, or the false wars and propagandas the it has pushed for decades.)

Unfortunately, the elitist mainstream media remains clueless and continues to divide rather than actually report on facts. The policy of separating families began under Obama in 2015. There was no outrage then.

Melania’s jacket is a pristine example of how an authoritarian government operates to delegitimize the press. Please don’t be fooled. This is 100% bait. It’s an effective strategy to get the media to criticize her wardrobe so that the government can criticize the media for criticizing her wardrobe and delegitimize us as fake news. Shortly after journalists started reporting on the jacket, FLOTUS’ director of communications tweeted a statement criticizing the media for not focusing on the children (even creating a hashtag for the jacket!), when the media is the VERY REASON we found out about the harrowing human rights abuses happening at the border in the first place. Also remember that these abuses were leveled by an administration who repeatedly lied about them with several senior officials denying they happened until the media collected irrefutable evidence that they did. Whatever rules of political discourse used to apply no longer do with this government. Be critical! Most importantly don’t underestimate this regime. Calling this administration dumb is dumb. We made that mistake in 2016. Let’s not make that mistake again. And no hate to the reporters who reported on this. It’s a trap for a reason.

If the media wants to complain and blame, then they should find Obama in his $40 million house (how did he earn enough money to purchase this on a community organizer salary?) and ask him to house as many illegals as possible.

The criticism of the Trumps is so disingenuous it’s sickening.

They should really be blaming Zara for making the coat.