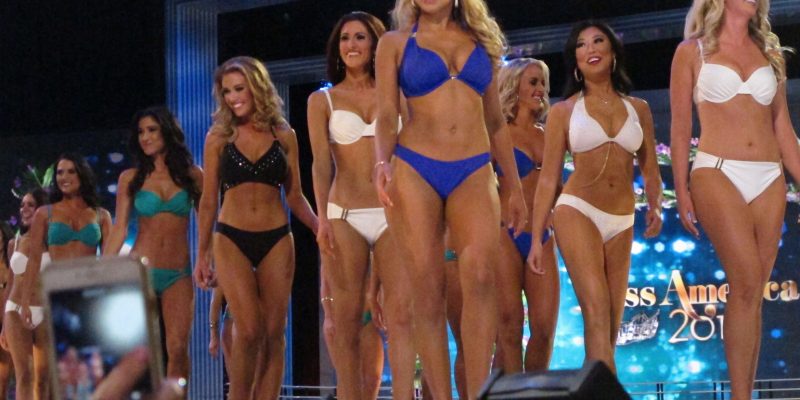 The “woke” crowd is determined to stamp out anything fun in the name of “social justice.” Their latest target is the Miss America pageant.

The event announced that it was getting rid of its swimsuit and evening wear competition. In fact, it doesn’t even want to be known as a beauty pageant anymore. Instead, it is rebooting as a scholarship competition.

Miss America is scrapping its swimsuit competition and will no longer judge contestants based on physical appearance, the organization announced Tuesday.

“We are no longer a pageant,” Gretchen Carlson, the first former Miss America to be named chair of the Board of Trustees of the Miss America Organization, said on “GMA.” “We are a competition.”

In place of the swimsuit portion of the competition, Miss America contestants will now take part in a live interactive session with the judges, according to the organization.

The contestants from all 50 states and the District of Columbia will be asked to demonstrate their passion, intelligence and overall understanding of the job of Miss America.

The organization is also getting rid of the evening gown portion of the competition and instead asking contestants to wear attire that makes them feel confident and expresses their personal style. The contestants will also discuss how they will advance their chosen causes, called “social impact initiatives” by the Miss America Organization.

This sounds….boring. We imagine ratings for Miss America are going to nosedive because of this decision. Then again, they have already been on the decline for years.

Now one of the reasons why they’re getting rid of the swimsuits and skimpy clothes is because Miss America had its own “Me Too” scandal. It former CEO was forced to resign after sexist e-mails came to light.

Now, does this appease the woke crowd? Nope. Slate published an article calling Miss America “indefensible“, even with the elimination of the swimsuit competition.

On the Double X Gabfest podcast last month, I wondered what possible changes Miss America would have to make to get me on board with the organization’s mission. I doubted that simply putting women in charge would be enough to make radical, progressive changes to the institution—after all, there are plenty of women who love Miss America, and what’s good for women in the pageant system (more pageants!) won’t necessarily be what’s good for women at large (no pageants!). I tried to imagine whether I’d find it easier to support Miss America if the new leaders scrapped the swimsuit competition, arguably the most insulting, sexist part of a program that nevertheless takes pains to promote the elements that don’t revolve around the evaluation of women’s body parts.

Now that the organization has actually done it, I have my answer: No, I don’t think the pageant is notably more progressive without the swimsuit shtick. Without any judgment of physical appearance, the Miss America competition almost becomes less defensible—what are the judges judging, if not a woman’s ability to mold her body to conventionally desirable proportions? The remaining components of the pageant—talent, interview, on-stage questions, and the new conversation with judges about life goals—don’t lend themselves to a cohesive vision of best-ness any better than they did when evening gowns and swimsuits were part of the rubric. If women wanted to showcase their tap-dancing or piano skills, they’d audition for America’s Got Talent. If they wanted to get better at answering on-the-spot questions about current events, they’d join a debate league or mock trial. No matter how hard I try, I can’t quite grasp what great thing Miss America contestants are competing for, what the title means, and what’s supposed to make sense about the act of publicly ranking a group of 51 women against one another based on a set of arbitrary, disparate skills. There’s already a name for a competition where women compete against one another to prove their passion, ambition, intelligence, talent, and love for America: It’s called an election.

Meanwhile, Vox complained that these changes were not good enough.

There are a couple of lessons to be learned here. The first lesson is that there is no appeasing the “woke.” These people will not be happy until Miss America is history.

Secondly, Miss America is going to learn the hard way “get woke, go broke.” There are women who like competing in beauty pageants so that they can show off how “healthy and fit” they are. My female friends who competed in pageants are mostly unhappy with Miss America’s decision. The competition will have problems getting contestants going forward.

Also, the ratings are going to decline for the competition. Frankly, the new format seems boring. Then again, I didn’t watch it before this. I’m even less likely to watch it now.

Progressive feminists are awfully confused on feminism. First, they want to strip for it. Now, they want women to cover up. Which is it?

Interested in more national news? We've got you covered! See More National News
Previous Article I Just Have One Boudreaux & Thibodeaux Joke For Y’all…
Next Article BAYHAM: The “Baker” Case Is A Key Victory For Liberty Before The Supreme Court