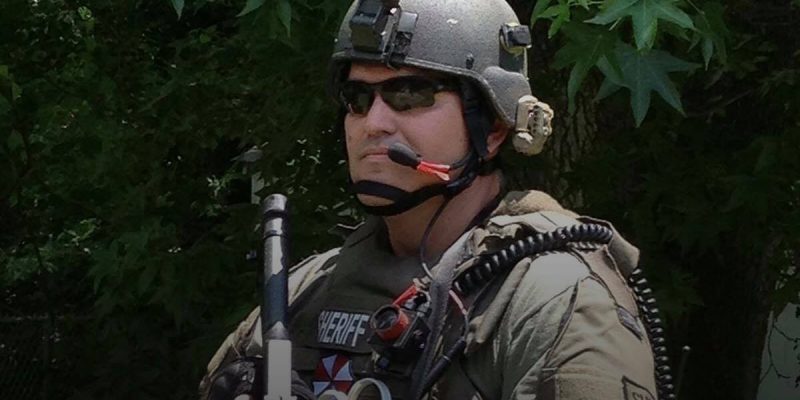 The first time he called me, he told me his name (which took me a month to pronounce correctly) and that he was a lawyer, a SWAT cop, that he was running for judge and wanted me to manage his campaign. I told him I’d never run a judicial race before. He told me he didn’t care. He said that if I was crazy enough to try and make a city and go to war with the elite in Baton Rouge, I was the one he wanted. That began an unlikely friendship that never ended.

Randy was generous, kind, sincere, a warrior, trustworthy, honest, a reliable friend, a great father to his children and a loving husband to his wife. He was probably one of the smartest people I’ve ever known. A brilliant legal and political mind. And a certified bad ass.

I came to lean on Randy for advice and guidance. He didn’t always tell me what I wanted to hear, but he always told it to me straight and never steered me in the wrong direction. Ironically tonight, the night he passed, I could use his counsel more than ever. But if I imagine what he would have told me, I think it would have gone like this – Don’t worry about things you can’t control. You’re smarter than they are, more determined and you’re down to fight. Give no quarter and take no prisoners. Focus on the task in front of you, do not get distracted and go kick their ass.

I’ll also never forget the night Randy called me to tell me he had brain cancer. I literally couldn’t grasp what he was saying and honestly didn’t believe him. I had to call a mutual friend to make sure it was real. I have the same feeling right now that I had when I took that call.

On a side note, I enjoyed our friendship much more than running a campaign for him. I’m not kidding when I tell you he called me a minimum of 50 times every week – minimum. It will be impossible to have a client more high maintenance than Randy, but it will be equally as impossible to run a campaign that was more fun!

I loved Randy and will miss him more than I can say. I am better for having known him and lucky to have been able to call him a friend, a confidant, and a mentor.

Please keep his sweet wife and four young children in your prayers. They will need it.

I raise my glass to you Randy. We lost a good one this week. God bless you and now keep you, my friend.

Interested in more news from Louisiana? We've got you covered! See More Louisiana News
Previous Article Clay Higgins’ GOP Challenger Has Rudy Giuliani Coming Into Lafayette To Raise Money For Him
Next Article JBE Isn’t Going To Be Able To Run For Re-Election On The Strength Of His Flood Recovery Program