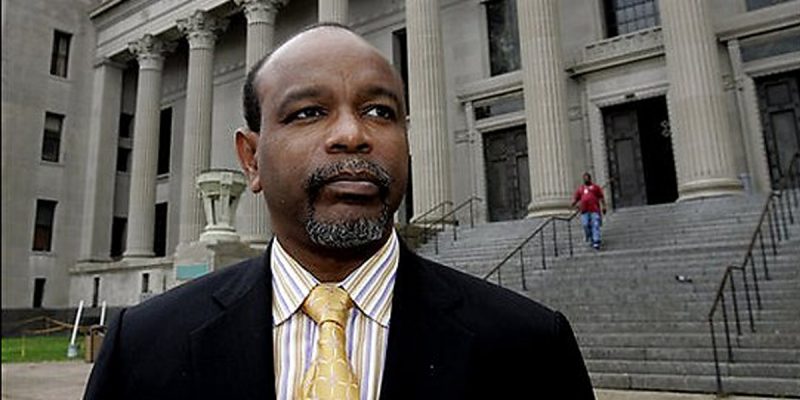 Have you heard about this? Former US Attorney for the Eastern District of Louisiana and New Orleans DA Eddie Jordan is now being investigated after being caught handing an envelope containing illegal drugs to a prisoner. Jordan is now an attorney in private practice.

According to a news release issued by Sheriff Marlin Gusman’s office, a courtroom deputy spotted Jordan handing an envelope to an inmate whom Jordan represents. The deputy searched the envelope, and subsequently other investigators arrived and recovered illegal narcotics, according to the sheriff’s office.

The Sheriff’s Office has turned over the evidence to the New Orleans Police Department for testing and released the following statement:

“This incident highlights the constant efforts made to introduce contraband into our facility even by attorneys. We commend Deputy Wilbert Charles and Deputy Prisca Christopher’s diligent efforts to ensure that this contraband never successfully made it into the hands of an inmate.”

When he was top federal prosecutor for the New Orleans area, Jordan was at the helm when former Gov. Edwin Edwards was successfully prosecuted on federal corruption charges.

Now he is in the headlines for alleged wrongdoing inside the criminal courthouse.

“Literally, in any institution in this country of any size there are cell phones and drugs that are smuggled in, so the deputy that was assigned to security in that courtroom is to be commended for doing his job, for recognizing an inappropriate passing of an envelope from an attorney to an inmate,” said Rafael Goyeneche, of the Metropolitan Crime Commission.

He added that as the investigation continues there may be a lot that is not yet public.

“Anybody who practices law, especially criminal law, but anybody with a law license knows that if you hand something to an inmate in a sealed package, or unsealed, it’s going to be examined,” said Raspanti.

And he thinks the former prosecutor’s law license could be in peril.

“Drug distribution to an inmate in a courtroom, that’s about as good as it gets as far as getting yourself in trouble with the bar association,” said Raspanti.

The case is likely going to get kicked up to Louisiana Attorney General Jeff Landry to handle, as New Orleans District Attorney Leon Cannizzaro likely wants no part of it. The current DA prosecuting the old DA is a mess.

Even if Jordan manages to skate…really? Has he fallen so far that he’s now the scumbag attorney passing drugs to his inmate clients in the courthouse? Jordan at one time was the US Attorney who put Edwin Edwards in federal prison and now he’s reduced to a drug mule?

How do people fall so far?

The only thing we can think of in Jordan’s defense here is at least he doesn’t appear to be a veteran drug mule given how easily he was caught. Still…really?

Interested in more news from Louisiana? We've got you covered! See More Louisiana News
Previous Article ERSPAMER: A Clear Choice For Louisiana
Next Article Scalise records first out in return to Congressional Baseball Game for Charity