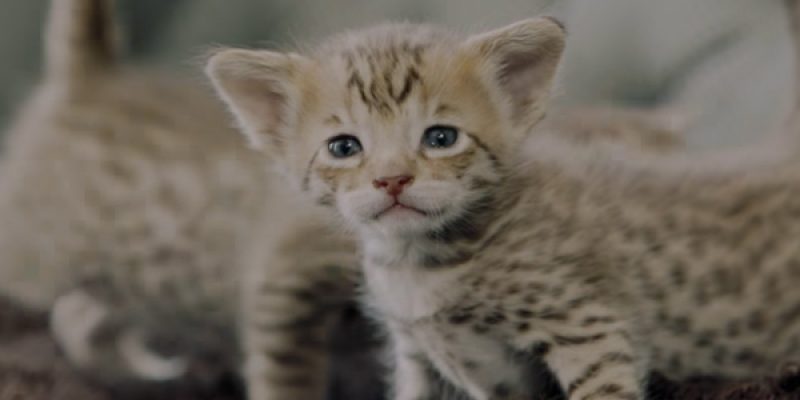 Rapper 2 Chainz played with kittens that cost between $2,000 and $65,000. The mom, who, is not for sale, is worth more than $100,000. The cats are a new breed called Ocecat, a combination of Abyssinian, Siamese, and American Shorthair that look like the wild Ocelot cats. Their breeder calls them cat-dogs.

2 Chainz is partial to his bulldog, and cannot believe that people would pay thousands of dollars for these kittens.

2 Chainz attended Alabama State University on a basketball scholarship and played on the team in 1995-1997.

He asks viewers if they would pay this much for a kitten with spots.