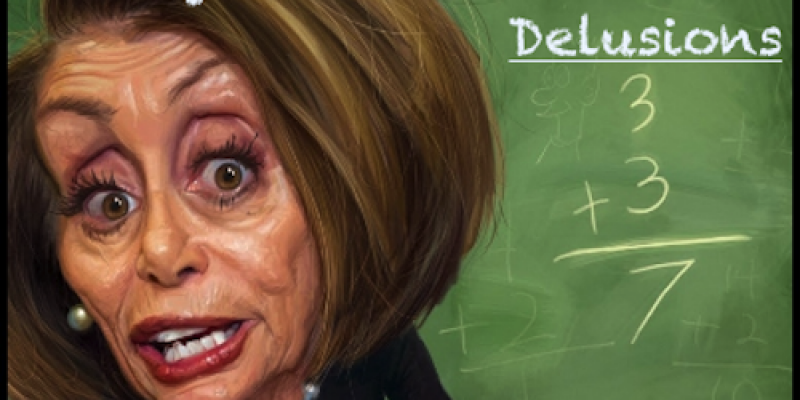 Symptoms of the disease includes Don Lemon blabbering on CNN about Trump, Nancy Pelosi continually tripping over her words, Maxine Waters encouraging boycotts and violence against Trump supporters, and Fauxcahontas refusing to take up Trump’s offer to donate $1 million to a charity of her choice if she agreed to take a DNA test to prove her “Native American” heritage. Warren claimed in 2012 that she is of Cherokee and Delaware Indian heritage, but has never offered proof. Since then she has been called, “Fauxcahontas” a play on words of a fake Pocahontas.

Minority Leader Nancy Pelosi (how and why she is still in Congress remains a mystery) argued that President Trump’s booming economy is “reckless” and a sign of a“brewing storm”. With more Americans working, and a positive jobs report, Pelosi referred to the strong numbers as a “raw deal.” She said,

“The June #JobsReport shows what is at stake from the brewing storm of rising health costs, spiraling trade uncertainty & an economy being hollowed out to enrich big corporations & the wealthiest 1 percent.”

DNC Chair Tom Perez echoed Pelosi’s comments, saying President Trump’s “reckless policies are hurting millions of hardworking families.” How? By employing them? By less people being out of work?

The disease appears to be immune to facts.

The economy is booming.

CNBC reported in January that President Trump’s economy has “sustained a growth pace unlike anything seen in 13 years.”

The Wall Street Journal surveyed 68 business, financial and academic economists asking them who they believed was responsible for growing economy, President Trump or Obama. Most “suggested Mr. Trump’s election deserves at least some credit” for the upturn.

A majority said the president had been “somewhat” or “strongly” positive for job creation, gross domestic product growth and the rising stock market.

More than 90 percent argued the tax bill would boost GDP expansion over the next two years.

In other areas of the survey, Trump rated higher than Obama.

Even the anti-Trump New York Times described the “wave of optimism” among Americans business leaders, stating the optimism is “beginning to translate into the sort of investment in new plants, equipment and factory upgrades that bolsters economic growth, spurs job creation — and may finally raise wages significantly.”