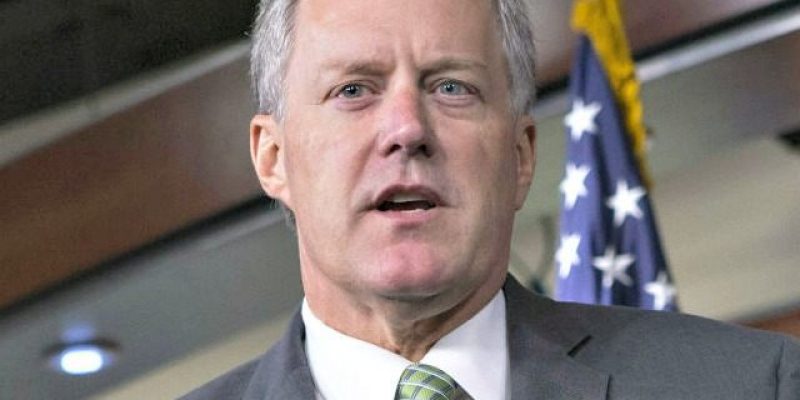 N.C. Republican Congressman Mark Meadows is calling on the Government Accountability Office (GAO) to conduct an audit of Mr. Mueller’s team. Meadows, a member of the House Oversight and Government Reform Committee is leading the charge among Republicans who are threatening to hold in contempt of Congress former FBI lawyer Lisa Page if she does not agree to testify by Friday morning. Page was involved with “investigating” Hillary Clinton‘s national security breach and the false accusations related to Russian collusion and the Trump campaign.

“There will be a request from us to audit the financial resources of this investigation,” Mr. Meadows, who is chairman of the House Freedom Caucus, said. “It is certainly within the parameters. It is appropriated funding from Congress.”

Mr. Meadows is also a member of the House Oversight and Government Reform Committee. He said that tens of millions of dollars have been allocated to an investigation that President Trump has proven is what he describes “a witch hunt.” As there has been no collusion with Russia by the Trump Administration, yet few know how much and for what taxpayer money is being spent.

President Trump, and others including liberal Harvard law professor Alan Dershowitz, accused Mr. Mueller of being “a runaway prosecutor.”

An audit could uncover many aspects of the tactics used by Mueller’s investigation, with whom he’s been coordinating and communicating, and potentially create legal conflict, as Mueller has refused to provide transparency to Congress and the White House.

House Judiciary Committee Chairman Bob Goodlatte, R-Va., and House Oversight and Government Reform Committee Chairman Trey Gowdy, R-S.C., sent a letter on Wednesday to Page’s lawyer, stating that unless she agrees to testify publicly by Friday at 10 a.m. the GOP will formally seek to hold her in contempt.

“The Judiciary Committee intends to initiate contempt proceedings on Friday, July 13, 2018, at 10:30 a.m.,” Goodlatte and Gowdy wrote in their letter to Amy Jeffress, who is representing Page.

If Page testifies, she would be required to answer questions about her series of text exchanges with Peter Strzok, a former top FBI counterintelligence official, which were anti-Trump.

“Congressional subpoenas for testimony are not optional.” He added, “we will do what we need to do to protect this branch of government.”