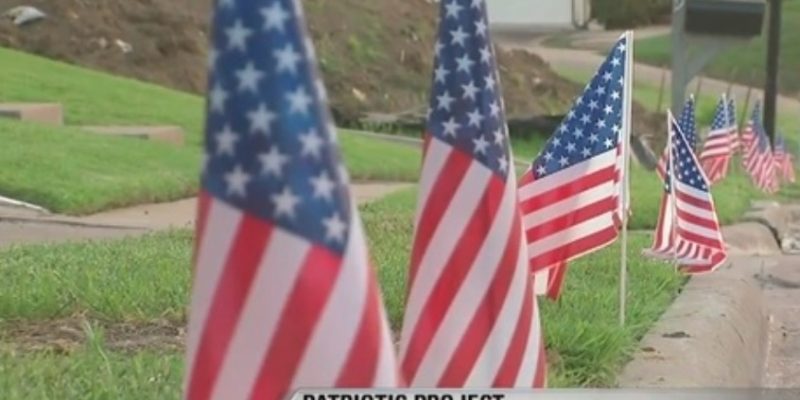 This year is its 25th anniversary of putting out American flags. Roughly 300 volunteers put out more than 40,000 flags every few feet in front of homes, businesses and places of worship.

Founder Nell Anne Hunt said she started putting out flags in front of her neighbor’s homes shortly after she moved to the area. She told Fox News:

“So I bought 200 flags and went in a concentric circle around my house and put flags in everybody’s yards. Well, the next year everybody liked it so much I bought 400 flags so it went a little further. And then the neighbors came to me and said, ‘This looks so great. We want the whole neighborhood.’ And then before you know it the whole city said, ‘Count us in. We want to do it too.'”

The event attracts everyone – families, grandparents, people of all ages – and– Republicans, Democrats, and Independents. The purpose, Hunt says, is to celebrate being American, coming together to remember common values. Hunt said:

“We all want the same thing for our country and our families. We want safe neighborhoods and we want children to be educated properly and so we’re all alike under the flag. And so we come and celebrate that.”

She said the flags also honor the many military families in Irving.