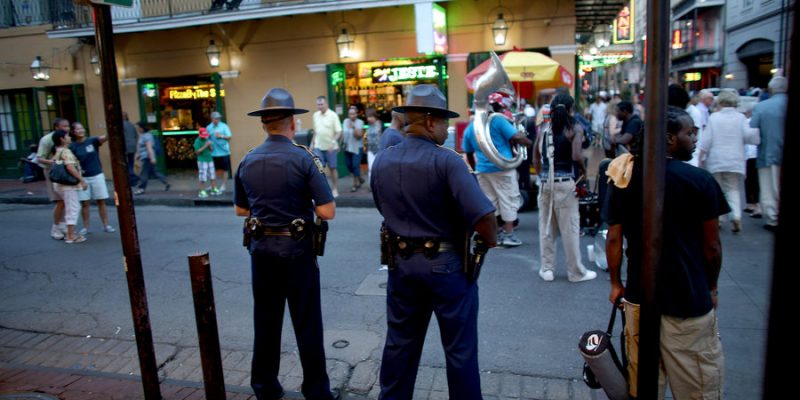 “With every new headline about a mass shooting, terrorist attack, hate crime or natural disaster, many of us fear for our safety and that of our loved ones,” Adam McCann of the personal finance site WalletHub argues.

Pointing to four hurricanes that devastated four states and Puerto Rico, and Louisiana leading the nation with the highest homicide rate, he adds, “Safety is a basic human need. We require some form of it, such as personal and financial protection, in every part of daily life. But we’re likely to feel more secure in some states than in others.”

To address this concern, WalletHub compared all 50 U.S. states based on 48 key safety indicators within five categories. The data varies from assaults per capita, unemployment, and total loss amounts due to natural disasters. Coinciding with June being designated as “National Safety Month,” WalletHub released its 2018’s Safest States in America report.

With 1 being the safest, 25, average, and 50 the least safe, Louisiana came in first for having the most law enforcement employees per capita, but toward the bottom in many other categories. It was 36th for road safety; 41st for personal and residential safety; 43rd for workplace safety; 46th for having the most assaults per capita, 49th for its emergency preparedness, and 49th for financial safety.

WalletHub points to data released by the FBI Uniform Crime Reporting (UCR) Program, which lists Louisiana’s homicides at 11.8 per 100,000 people in 2016. No other state surpassed a rate of 8.8. (Washington, D.C. and Puerto Rico had higher murder rates of 20.4 and 19.9, respectively.)

New Orleans-based crime analyst Jeff Asher said that based on the FBI’s UCR data, 2016 was the 28th consecutive year that Louisiana had the highest murder rate. In 2016, 554 people were murdered in Louisiana out of a total population of 4.7 million.

The UCR Program has been collecting data on certain crimes from police agencies nationwide since 1930. Violent crime comprises a broad designation of the most egregious crimes including aggravated assault, robbery, rape, and murder. The UCR data for nationwide violent crimes in 2016 was 386 for every 100,000 people.

“According to our findings, Louisiana is the second least safe state in the country, leading the U.S. in the homicide rate,” Wallethub analyst Jill Gonzalez said. Residents “should be aware of the state’s weaknesses regarding safety. These can be found throughout most of the metrics we analyzed, due to a high number of fatalities in traffic accidents and assaults, a high unemployment rate, and one of the highest amounts lost due to natural disasters.”

To identify the cities where crime is soaring, 24/7 Wall St., a USA TODAY content partner offering financial news and commentary, reviewed the percent change in the violent crime rate for metropolitan statistical areas (MSAs) between 2011 and 2016 using the FBI’s UCR and U.S. Census Bureau’s 2016 American Community Survey data. It reported that the most violent city in America is Monroe, Louisiana.

24/7 Wall St. notes that “economically depressed areas are at greater risk of high crime rates, and in the Monroe metro area, 24 percent of the population lives below the poverty line – well above the 14 percent U.S. poverty rate.”

In mid-2017, Monroe Mayor Jamie Mayo argued that youth intervention and gun-buyback programs designed to prevent crimes was a better approach than increased policing and arrests.

Gov. John Bel Edwards office did not respond to Watchdog.org’s request for comment on this story.

Daniel J. Erspamer, CEO of the Pelican Institute, noted that despite the state’s low ranking, “the legislature took bold, bipartisan steps last year to implement proven reforms to our criminal justice system. These reforms will reduce crime and recidivism, which will address a number of criteria in this study in the coming years. The other issues we can tackle are economic. We must restructure the budget and streamline government in order to bring jobs and opportunity back to Louisiana.

“Effectively aligning spending decisions with the state’s real needs and priorities will allow us to invest more efficiently in those areas that will actually have an impact on improving lives for taxpayers and working families across the state.”

Raising taxes and expanding state government will only have a negative effect on the state and lead to more job losses and continued crime, Erspamer told Watchdog.org.