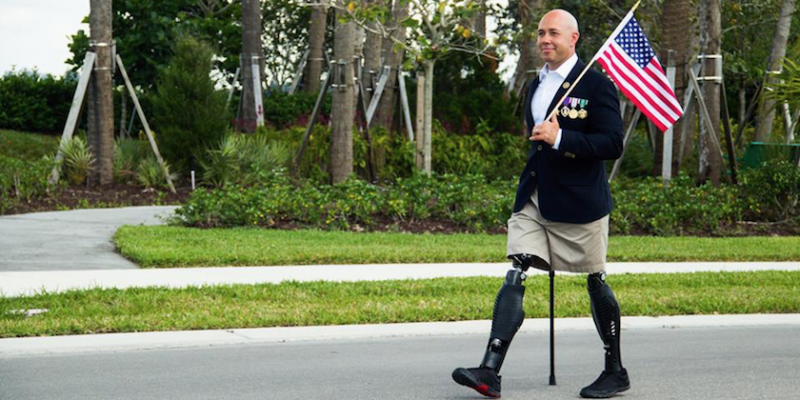 Key was arrested and charged for the “communication of a threat to kidnap or injure a person.”

WPTV reported that Mast’s children were reportedly threatened because of the insane person’s reaction to President Donald Trump’s immigration policies.

A complaint filed with law enforcement accuses Key of calling Mast’s offices in Washington, D.C., saying to the intern who answered the phone:

“I’m going to find the congressman’s kids and kill them. If you’re going to separate kids at the border, I’m going to kill his kids. Don’t try to find me because you won’t.”

The intern reported the call to law enforcement; the FBI was contacted and investigated. According to WPTV,

“Key told investigators he did not threaten to kill Mast’s children, but said if Mast supports President Trump’s immigration policies, Mast should be separated from his children.”

“Key’s social media pages show he is very politically active. He volunteers regularly for the Democratic Party of Martin County and has volunteered many hours for Planned Parenthood. … Key is also seen [on social media] in a picture speaking to Mast at an event. … The criminal complaint also shows Key has contacted Mast’s office 478 times.”

House Minority “leader” Nancy Pelosi called for a “summers of resistance.” To whom– her white privilege?

Congresswoman Maxine Waters encouraged protesters to stop White House officials from eating in restaurants pulling old fashion segregation out of her back pocket. Fake student David Boggs is demanding that conservatives be forced off of television, and Bernie Sanders is demanding rallies in the streets for people who want free health care.

Is it any wonder– that Republicans are repeatedly being threatened or harmed when Democrats and Socialists ar calling for public violence and unrest?

By the way– disturbing the peace, inciting violence, and committing violence are all crimes.

One of the biggest concerns is why these Democratic officials haven’t been censure or arrested like Key?