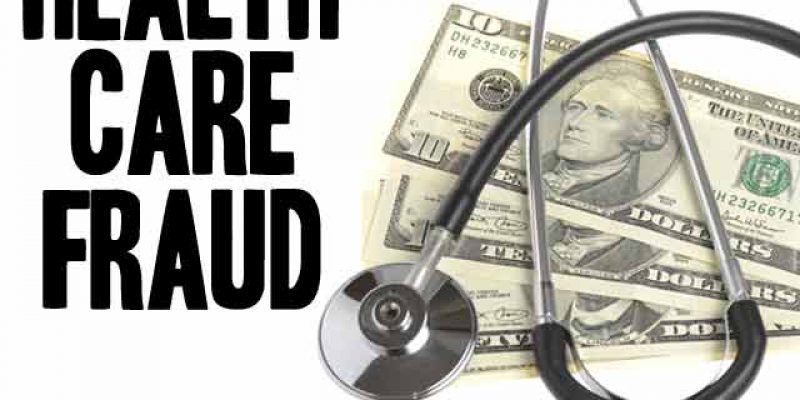 Less than a month after the largest federal health care fraud sting in American history, details of the operation show how massive the problem is.

As part of the operation, more than 600 people were charged with committing more than $2 billion in fraud and taxpayer theft.

“Health care fraud is a betrayal of vulnerable patients, and often it is theft from the taxpayer,” Attorney General Jeff Sessions said. “In many cases, doctors, nurses, and pharmacists take advantage of people suffering from drug addiction in order to line their pockets. These are despicable crimes.”

The 601 defendants include 165 doctors, nurses, pharmacists, and medical professionals in 29 states and the District of Columbia, who are accused of financially profiting from more than $2 billion in false health care billings.

In addition to criminal charges, HHS announced that 2,700 individuals were excluded from government health care programs since July 2017.

The multi-agency investigation targeted fraudulent schemes that billed Medicare, Medicaid, TRICARE (a health insurance program for U.S. military members, their families, and veterans), and private insurance companies for “medically unnecessary” services or services that were never rendered. Bills were submitted for payment for prescription drugs and compounded medications that were rarely or never purchased or distributed to beneficiaries. Some doctors and medical professionals also distributed opioids and other prescription narcotics unlawfully, according to DOJ.

The DOJ notes that the number of medical professionals charged is significant, because health care fraud cannot successfully take place without the involvement of “a corrupt medical professional.” Identifying the origin of submitted false bills then becomes the lynchpin to preventing and stopping theft of taxpayer-funded programs.

“Every dollar recovered in this year’s operation represents not just a taxpayer’s hard-earned money, t’s a dollar that can go toward providing healthcare for Americans in need,” HHS Secretary Azar said.

Among other states, investigations and arrests were made in Florida, Louisiana and Texas.

In the Middle and Eastern Districts of Louisiana and the Southern District of Mississippi, 42 defendants were charged with health care fraud, drug diversion, and money laundering schemes involving more than $16 million in fraudulent healthcare billings. One case, the DOJ highlights, alleges that three pharmacy owners and one nurse practitioner conspired to unlawfully dispense controlled substances, defrauding TRICARE and private insurance companies of $12 million.

In the Southern District of Texas, 48 individuals were charged in cases involving more than $291 million in alleged fraud. In one case, a pharmacy chain owner, managing partner, and lead pharmacist charged with a drug and money laundering conspiracy. According to the indictment, the coconspirators used fraudulent prescriptions to fill bulk orders for over one million pills of hydrocodone and oxycodone, the DOJ states. The pharmacy then sold the drug couriers to couriers for millions of dollars– directly profiting from taxpayer money.

In the Northern District of Texas, a home health agency owner was arrested on a criminal complaint for a $2.6 million health care fraud scheme.

As a result of the scope of these charges, and the ongoing problem of healthcare fraud, the DOJ announced it is hiring more prosecutors and expanding its data analytics resources to strengthen its investigatory efforts.

The majority of this article was previously published by Watchdog.org.