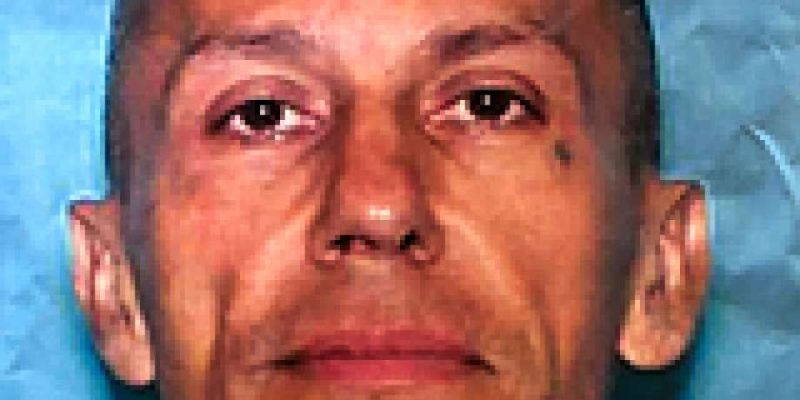 A suspected serial killer was captured in the Cypress area Tuesday morning after a weeklong crime spree that began on July 9 including robberies and deadly shootings at a home and two separate Houston-area mattress stores. Three people were fatally shot.

Law enforcement were afraid that the serial killer, and registered sex offender, Jose Gilberto Rodriguez, 46, was seeking his next victim, the Houston Chronicle reports.

Rodriguez was arrested today after a 14-minute car chase that ended at Eldridge and Fallbrook in northwest Harris County, Sheriff Ed Gonzalez tweeted.

“We are very relieved this morning,” Gonzalez said, adding that authorities believed Rodriguez was casing the area for his next victim.

Police described Rodriguez as “armed and dangerous” when they announced the manhunt to the public. Rodriguez also had a propensity to change vehicles often, authorities said.

Investigators were looking for a vehicle they believe Rodriguez stole, a gray Nissan Sentra with the license plate KPD2805. About 6:13 a.m. Tuesday, a resident alerted authorities about seeing the vehicle in the Cypress area, which led to a 14-minute car chase.

The crime spree allegedly began July 9 with a home invasion and robbery in the 12000 block of Foxboro. Rodriguez was sought in the murders of two people in Houston-area mattress stores. Later for the murder of Pamela Johnson, 62, whose car was also stolen from her home in Cypress, where she was found Friday, the Houston Chronicle reports.

On Saturday, the manager of a Mattress Firm on FM 1960 in the Willowbrook area found his 28-year-old employee, Allie Barrow, shot in the head in the store’s back office around 7 p.m. Her body had been stuffed between mattresses, ABC 13 reported.

Miranda Eason, a close friend of Barrow, described her as “smart, loving and caring.”

“She lit up the whole room,” Eason said. “Everyone loved her,” the Chronicle reported.

Mattress Firm executives offered condolences to all who knew the slain employee.

“We’re deeply saddened to learn that one of our team members was found deceased at a store in Houston,” Mattress Firm CEO Steve Stagner said in a statement. “We send our sincere condolences to this team member’s family, friends and loved ones.”

Around 3:30 a.m. on Monday morning a 22-year-old bus driver was shot in the abdomen. He was taken to the hospital in an unknown condition, according to the Metropolitan Transit Authority. By Monday afternoon, he was in critical condition, ABC 13 reported.

Next came a shooting at another Mattress One store, this time off of Interstate 45 in north Houston. When police arrived, they found a man who was the third victim.

“We lost a valued team member and were very saddened by the events that transpired. We are fully cooperating with all law enforcement to quickly bring justice to this matter,” according to the Mattress One statement. “Out of respect for the team member, his family and the law enforcement investigation we will refrain from commenting further at this time.”

Homicide detectives with both the Houston Police Department and Harris County Sheriff’s Office, and face-mask-clad investigators from the Houston Forensic Science Center, were investigating the murders, the Chronicle reported.

The last serial killer in the Houston area was found in 2011, after DNA evidence connected a Houston man to the murder of five women who were found strangled, and authorities believe he could be linked to more deaths.

Interested in more news from Texas? We've got you covered! See More Texas News
Previous Article The Animals Are Winnin’ In Louisiana, Y’all
Next Article MS-13 Gang members are DOCUMENTED and more just got indicted