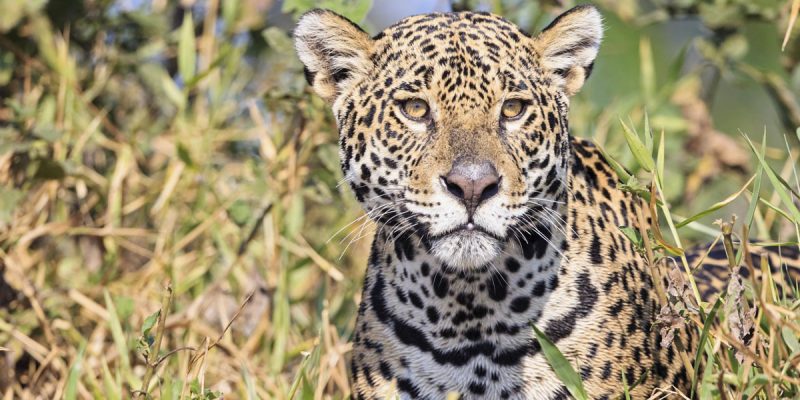 I just wanted to let y’all know, one of the animals myself, that there’s a war on. And y’all ain’t winnin’.

The evidence is all around you, in case you’re interested in lookin’ at it.

For example, y’all know about this thing that happened where dey all axe fa you…

Things actually got worse after the fact, because it wasn’t just the six zoo animals who got tore up when that jaguar decided to do his own remake of Cat People, which was also set at the Audubon Zoo. Three of his other victims bought the farm as well, meaning the death toll is now five alpacas, an emu and three foxes.

But he didn’t get any people. At least not yet. The two squirrels who managed to shut the power down in the Baton Rouge area had a little more success affectin’ y’all…

Power has been restored to Entergy customers after a squirrel knocked out power in EBR Monday morning.

Over 2,700 residents in Baker and Zachary were affected.

According to the Entergy outage map, the outage was reported shortly after 6:30 a.m. An Entergy spokesperson said the outages were caused by a squirrel that got into some equipment at a substation.

Monday’s outages appear to be in the same area as the ones reported last week that were also caused by a squirrel.

The power company is now installing more safeguards designed to keep the critters out and the power on.

Both of those squirrels ended up as crispy critters, that’s true, but come on – they’re squirrels. They woulda bought it soon anyway.

Then you got the gator in Luling who decided Highway 90 was plenty fine enough as a pedestrian walkway, traffic and the cops be damned…

Back in Baton Rouge you had a bobcat off Perkins Road…

Another instance of wildlife in the suburbs: this time in Baton Rouge, just off Perkins Road.

“He was actually peering in to the window as if he was looking in,” Cheri Harrison told WBRZ.

Harrison was at her home in Woodchase on Saturday when she noticed the peculiar-looking feline.

“I was just curious, was that really a bobcat? Because that’s highly unusual to have one on your porch,” she said.

After a call to Wildlife and Fisheries, experts determined it was in fact a young bobcat, most likely male, tracking its prey. It appeared to be in good shape, but perhaps a little lost.

A wandering bear was tranquilized and will be returned to its wooded habitat far away from the suburban homes and yards he crawled across overnight.

Since 10 o’clock or so Wednesday evening, authorities had been on the hunt for the bear. It was tranquilized in Central’s Carmel Acres hours later Thursday morning.

Six weeks ago the bear was tagged in its native North Louisiana, authorities said.

A specialist from the Louisiana Department of Wildlife and Fisheries drove from Lafayette to deal with the bear Thursday morning, authorities told WBRZ.

Then there was the Grand Champeen, who was the mule in New Orleans who hurt 10 of y’all when he tipped over the buggy he was pullin’ and then ran away. They did catch him after while, but still…

A buggy carrying 10 people flipped over in New Orleans’ French Quarter, leaving one woman with moderate injuries when her leg became caught underneath.

WVUE-TV reports the mule pulling the buggy ran away when it became detached from the carriage, but was found a few blocks away in good condition.

The accident happened around 3 p.m. Friday.

A passenger told the television station that they were riding through an intersection and ended up where a commercial was being shot. They were stopped by police, who told them they needed to back up. When they tried, the buggy tipped over.