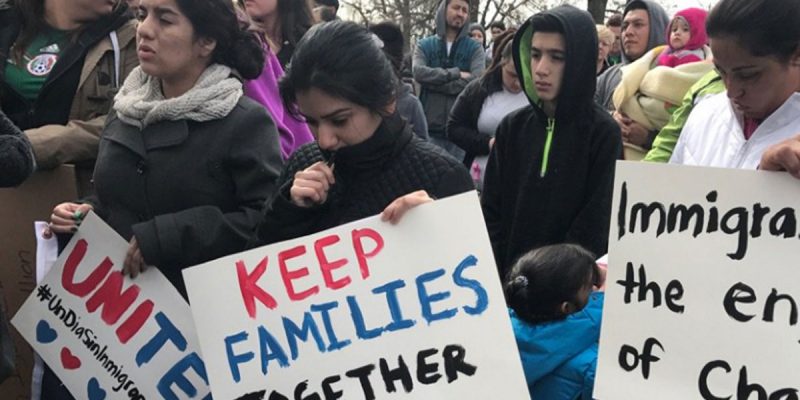 ABC, CBS and NBC evening news programs have spent 995 minutes covering immigration issues from January 20, 2017 through June 30, 2018. The only topic that has received more attention in this time frame is the Russia investigation, with a total of 1,680 minutes.

Extensive coverage provides ample room to tap into a wide range of perspectives on the immigration debate. Non-partisan news doubtlessly would want their viewers to intellectually benefit from hearing both sides of the story. A look by the Media Research Center into time allotted for various aspects of immigration coverage displays that ABC, CBS and NBC programs are not deserving of such unbiased terminology.

Nearly 44% of all soundbites on immigration have been directed towards personal stories of those deemed victims of Trump’s policies. On the contrary, only .5% of soundbites provided a look at friends and family of crime victims. Tuning into these programs, one is 95.6 times more likely to witness a moral plea for Trump’s “victims” than someone impacted by real crimes. 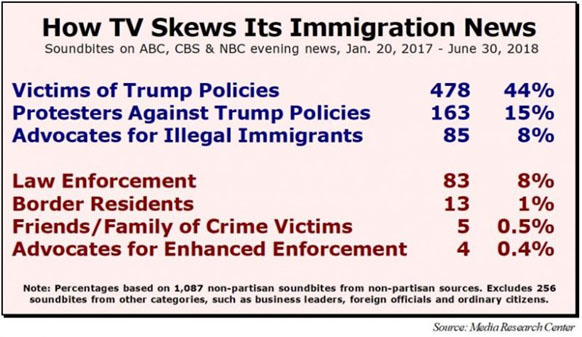 In total, illegal immigrants, banned travelers, along with the families and lawyers of these groups, earned 478 of the 1,087 soundbites. These segments regularly include close-up captions of tears trickling down faces, heart-wrenching moments of parents reunified with their kids, and crushed souls made to look as if Trump personally crushed their hopes with the heel of his boot.

Millions of Americans who tune into these programs are being primed for a guilty conscience. Relentless efforts are being made to soften up their heart until it turns to putty. Then it can be walked all over without the slightest reprisal. When one is overwhelmed by pity, there is little room to consider what is in their interest and the interest of American citizens.

No category of coverage even comes close to the constant cycling of victims of Trump policies. Still, an additional 15% goes to those protesting against Trump’s policies, followed closely behind by advocates for illegal immigrants with 8% of coverage. A mere 4 of the 1,087 soundbites were dedicated to activists to uphold our immigration laws. Zero soundbites went to pro-administration protesters, compared to the above mentioned anti-administration protesters claiming 163 soundbites.

The Trump administration has been subject to unyielding hostility from these networks, with 92% of coverage being negative. These agencies are clearly not catering their coverage to how Americans feel about the administration. The latest iteration of NBC’s very own poll has Trump’s approval rating at 45% as of July, 2018.

An agenda could hardly be more plain. There is a real constant effort to stoke resistance against the Trump immigration platform. ABC, CBS and NBC are repeatedly driving an emotional spear right into heart of caring Americans in order to accomplish this goal.