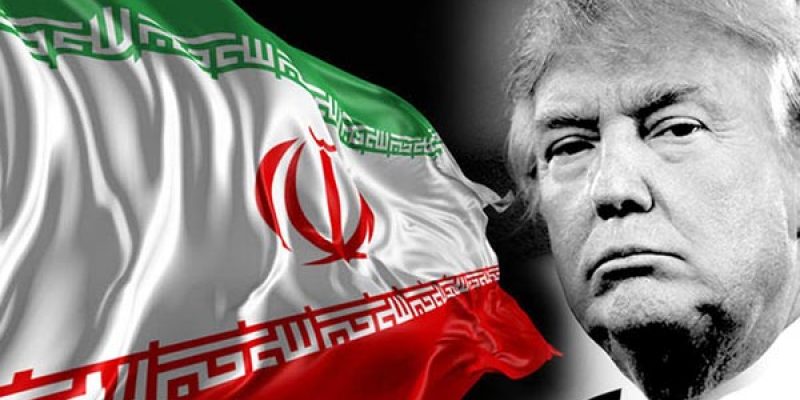 Without fail, the President periodically threatens the Middle East with military action. The latest iteration of those threats was aimed at Iran.

Something happened when Trump took office. In all other areas of domestic and foreign policy he has been the man he claimed to be on the campaign trail. His America first agenda, while hitting legislative speed bumps, has stayed a true part of the President’s message to the day.

Yet, a piece of campaign Trump was left behind at the inauguration. In his latest tweet, our Commander in Chief said, “To Iranian President Rouhani: NEVER, EVER THREATEN THE UNITED STATES AGAIN OR YOU WILL SUFFER CONSEQUENCES THE LIKES OF WHICH FEW THROUGHOUT HISTORY HAVE EVER SUFFERED BEFORE. WE ARE NO LONGER A COUNTRY THAT WILL STAND FOR YOUR DEMENTED WORDS OF VIOLENCE & DEATH. BE CAUTIOUS!”

Some might admire the sheer authority of will in the President’s voice. However, one can’t help but recognize that this is inconsistent with his message just a few short years ago. Trump has already shown a willingness to go further than just heated rhetoric. Alleged gas attacks in Syria quickly drew two missile barrages from the US arsenal. Were these attacks worth our investment?

The Organization for the Prevention of Chemical Weapons (OPCW) has a highly respected investigative team that takes very seriously the use of these banned substances. In 2013, the OPCW received the Nobel Peace Prize for its efforts, as over 96% of known chemical weapon stockpiles have been destroyed under their diligent global supervision. Their reputation is well solidified.

On a Fact-Finding Mission investigating the latest alleged chemical attack in Douma, Syria on April 7th 2018, the OPCW concluded, “the results show that no organophosphorous nerve agents or their degradation products were detected in the environmental samples or in the plasma samples taken from alleged casualties.” Investigations into the purported chemical attack around the same time in 2017 found similar conclusions.

It is not as if these investigations are futile. The OPCW has found prudent evidence in the past confirming the use of various chemical weapons, including chlorine, sulfur mustard, and sarin. However, retaliatory missiles were launched on Assad’s Syria by the US military before these investigations even took place. Does this excuse our President?

It is impossible to know for sure that chemical attacks did not take place in Syria on the alleged dates. Even the most astute scientist cannot prove a negative. However, launching an attack with no hard evidence of the event makes our Commander appear trigger-happy. This is especially the case the 2nd time around, when the 1st supposed use of chemical weapons a full year prior still lacked any confirmation of the event.

Even if these allegations of chemical attacks by Assad are legitimate, what does America have to gain from these strikes? In 2013, Trump suggested, “What will we get for bombing Syria besides more debt and a possible long term conflict?” This is an element of the foreign policy approach for which so many Americans voted.

American involvement in Syria and throughout the Middle East has consumed billions of dollars in military spending and thousands of American lives. In exchange, the region has slipped into chaos, fostering the emergence of ISIS and leading to the migrant crisis in Europe and around the world. Our military exploits in the region have recently led to Russian deaths, provoking a potential conflict that would be exponentially greater than anything the US has experienced in decades.

When the President threatens Iran with, “CONSEQUENCES THE LIKES OF WHICH FEW THROUGHOUT HISTORY HAVE EVER SUFFERED BEFORE,” one is forced to ask once again, what happened to the man from the campaign trail? Trump certainly has a legitimate position with respect to breaking up a one-sided nuclear deal with Iran, a deal the Iranians have already reneged on, but steering the country away from a major Middle East war is not only the correct aim – it’s his stated campaign position.

The Middle East has acted as a magnet for US military intervention through multiple presidencies, with very limited positive consequences at best. The people had reason to believe Trump was different. While no major blunder has yet occurred, outbursts like this latest tweet may have many holding their breath.

Interested in more national news? We've got you covered! See More National News
Previous Article HVEEM: Trump Derangement Syndrome Is All Around Us
Next Article There’s A Simple Solution To This Question About The Death Penalty In Louisiana