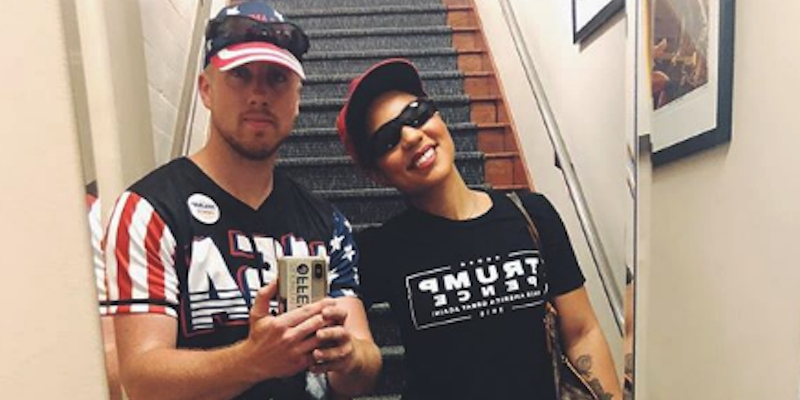 US Marine Elijah Schaffer was wearing a MAGA hat on Hollywood Boulevard where President Trump’s start was destroyed. A fight broke out among liberal lunatic communists who spewed hate over a Marine wearing a hat. Schaffer hosts “Slightly Offensive” on YouTube.

Here’s the video of liberal tolerance:

Singer Joy Villa had this to say about it:

[INSANE VIDEO]: Fight breaks out at Donald Trump’s star on Hollywood Boulevard. All because @ElijahSchaffer was wearing a Trump jersey and USA hat.

Be safe out there. The intolerance is real! pic.twitter.com/eGk6pYKiti

These people creating violence should be arrested and imprisoned.