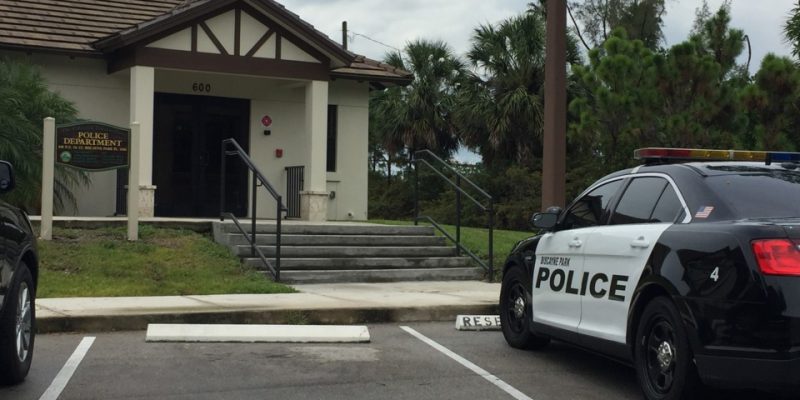 It turns out that a small-town former police chief was allegedly encouraging his officers to frame unsolved crimes on random blacks to improve the department’s arrest record, the Miami Herald reported.

They all pled not guilty. A trial date is set for later this month.

Atestiano’s defense attorney told the Herald, “Encouraging, or even demanding, that public employees raise their performance levels to meet the citizens’ expectations is not an invitation for those public employees to cut corners or falsify documents.”

The charges were part of an internal investigation that began in 2014, the Herald reported.

“If they have burglaries that are open cases that are not solved yet, if you see anybody black walking through our streets and they have somewhat of a record, arrest them so we can pin them for all the burglaries,” Officer Anthony De La Torre said. “They were basically doing this to have a 100 percent clearance rate for the city.”

Four officers — one third of the town’s 12-man team — admitted to one investigator that he “felt pressured to file inaccurate charges.”

De La Torre is the only one who mentioned targeting black people. Former Biscayne Park village manager Heidi Shafran told the Herald, “The letters said police were doing a lot of bad things. It said police officers were directed to pick up people of color and blame the crimes on them.”

The department reported that it solved 29 out of 30 burglary cases. During the investigation in 2014, Atesiano resigned. After he left, not one out of 19 burglary cases was solved, the Herald noted.

The teenager who was charged with four previously unsolved burglary cases had several previous run-ins with the cops. There were no witnesses, no fingerprints, no evidence, no confessions and no production of stolen property, the Herald reported.

The Miami-Dade state attorney’s office dismissed all charges against the teen., including previous accusations of fleeing and eluding the scene of a crime and those related to a rape case.

Capt. Lawrence Churchman, who has not been indicted with a crime and denies the accusations, has been accused of regularly making racist and sexist comments.

Churchman was suspended during the investigation and officially left the department in 2014.

“It is ridiculous to believe that I would encourage sworn officers to falsify crime reports and to pin crimes on innocent people when clearing crimes was not my responsibility,” Churchman said.