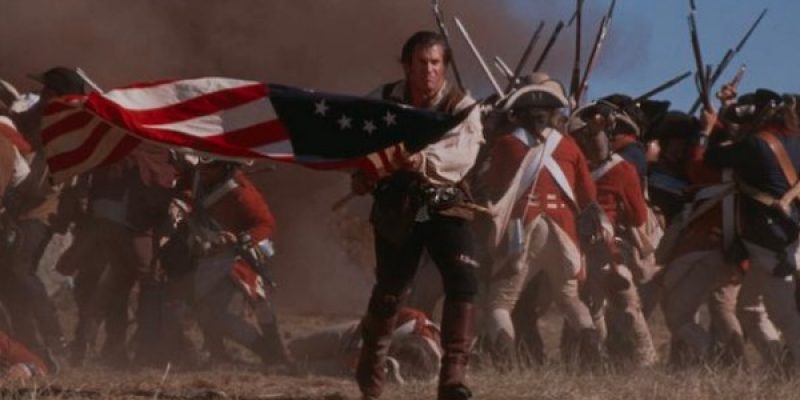 One of the best Heath Ledger and Mel Gibson movies too, The Patriot was Mel Gibson’s version of Braveheart meets Francis Marion, the South Carolinian “Swamp Fox.” A veteran of the French and Indian War, the main character leads other farmers and laypeople in a fight on field and front yards for independence against the British. It is particularly violent, earning it’s R rating.

In the War of Northern Aggression, Matthew Broderick and Denzel Washington play the main characters in an exceptional story of America’s first unit of black soldiers fighting for the Union Army during the Civil War. It’s based in part on the letters written by the young, inexperienced Northerner who’s tasked with training and leading them.

Perhaps Steven Spielberg’s best movie, it has some of the most brutal and graphic scenes of war on the big screen. The first 20 minutes depicts the bloodshed of the Invasion of Normandy. Tom Hanks and other A-list actors, who play characters who in real life were teachers and mechanics, depict what average Americans endured and came out as extraordinary heroes.

“The true story of Pfc. Desmond T. Doss (Andrew Garfield), who won the Congressional Medal of Honor despite refusing to bear arms during WWII on religious grounds. Doss was drafted and ostracized by fellow soldiers for his pacifist stance but went on to earn respect and adoration for his bravery, selflessness and compassion after he risked his life — without firing a shot — to save 75 men in the Battle of Okinawa.”

#5 Flags of our Fathers

One of the best Clint Eastwood films tells the story of six men who raised the flag at the Battle of Iwo Jima. Not only was the battle a turning point in World War II, but the photograph of their efforts inspired Americans the world over.

In John Wayne’s directorial debut, the famous actor played Col. Davy Crockett who fought in the Battle of the Alamo. “Remember the Alamo” became the rallying cry for Texans fighting for independence from Mexico.

#7 Born on the Fourth of July

Ron Kovic, played by Tom Cruise, signs up to fight in Vietnam, believing that he’s serving his country. But he’s injured, and paralyzed from the waist down and comes home to a country who he feels betrayed him. He speaks out against what he believes is wrong, and for what what he believes is right.

The epic story of the three day battle that forever changed the course of the American Civil War. The story is told through both Confederate and Union soldiers played by an all-star cast.

Set in Saigon during the Vietnam War, Adrian Cronauer, a DJ on Armed Forces Radio Service, proves hugely popular with the troops serving in South Vietnam, but infuriates his superiors. A tribute to the great Robin Williams who supported the troops throughout the world.

Before the Avengers or science fiction, at the heart of the story is a good old patriotic American who joins up to fight against the Nazis, and wins. One of the most modern-ear patriotic characters ever is Captain America.