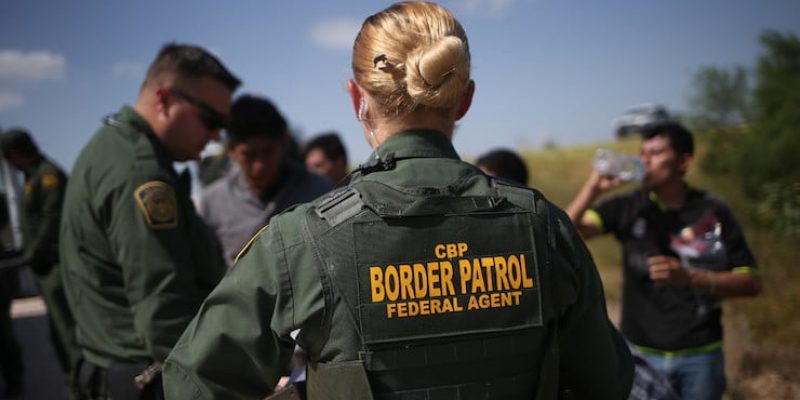 Hysteria over border control has reached new heights in recent weeks. The latest sensation echoing across the mainstream media was “family separation” – an issue spun up out of thin air as a response to a spike in children being caught attempting to immigrate to America.

It is quite sensational how well the left acts in unison as if moved by an omnipresent invisible hand. Their voices are so unified in common effort that one may reasonably mistake the phenomenon for but one voice with many tongues. The right could surely benefit to learn from this tactic, and the power of unity.

From our liberal figureheads, we hear that our President and the heartless right have reached new levels of inhumanity. This method of attack from the left has become routine. Their power is drawn from a self-established moral high ground. Progressive forces have made continuous gains by this strategy. Emotions must be driven so high that there exists no room for discussion past the liberal version of morality. Thus the conversion at hand is horror on the border. Think about the kids!

President Trump signed an Executive Order to reunite children with their families. In stride, the mainstream media began a countdown of every child still separated from their parents.

Doubtless there are those sentimental onlookers whose hearts are broken by the idea of family separation. Honest, respectable parents may place themselves at the scene and shutter at the idea of being stripped of their darlings. This response is both calculated and desired.

What matters most to liberal elites is how to win the current immigration battle. It matters not that they champion all kinds of lifestyles that are hostile to the sanctity of the family. Right now, there is something to be gained by an appeal to family values.

The inconsistency is of no real concern. For the current argument will persist only as long as it remains useful, like a momentary propaganda sensation. Once the strength of this moral plea fades, family values will be put back on the shelf of democratic values of generations past.

However, that time has not yet come. The coals in this fire remain hot and active, stirring passions towards a greater liberal initiatives. A faction of the populous has been successfully driven to an uproar. Ever more radical positions are now emerging into the Democratic Party platform.

It has become mainstream to attack basic immigration enforcement. New York candidate for Governor Cynthia Nixon recently called ICE a terrorist organization. Other democratic officials have followed suit with a proposal to abolish ICE altogether. Representative Maxine Waters has encouraged harassment of anyone in the Trump administration if sighted.

Of course, this accelerating movement comes without the slightest acknowledgement of legitimate immigration concerns coming from the right. Never mind that the U.S has recently passed up Germany as the largest recipient of new asylum applications, receiving 331,700 in 2017. This is a 27% increase from 2016 at 262,000, and nearly double the number in 2015 at 172,700. Since 2013, asylum claims in the U.S have only increased according to the United Nations High Commission on Refugees.

The growing number of potential refugees is staggering. Yet, to call these applicants altogether “refugees” has proven to be dubious at best. About 80% of asylum cases are denied in court, proving the illegitimacy of the vast majority of these claims.

What has caused the increase in so many fraudulent asylum claims? According to immigration policy expert Jessica Vaughn, “It’s not that conditions have changed much in these countries, but that they figured out that asylum was a way to get in the door.”

This empirically has proven to be true, as “catch and release” effectively has provided entry to practically anyone with an asylum claim for many years. It should come as no surprise that over 90% of those released into the country do not show back up for their court date.

On June 30th, the Trump administration struck down this practice, allowing for “refugees” to be detained indefinitely. On queue, the liberal media is advocating for “catch and release” once again on humanitarian grounds. Do not look at the numbers. Look at the faces. Look at the tears. Look at the moments captured by the well placed camera to pull on the heart-strings of caring Americans.

Immigration has stretched the political landscape so great in opposing directions it has begun to splinter. The President is a voice of a change, tweeting while on the campaign trail, “A nation WITHOUT BORDERS is not a nation at all.” Thus continued efforts to establish a strong border are made by the administration. All the while, the concept of a border seems to become more and more foreign to the left as time goes on.