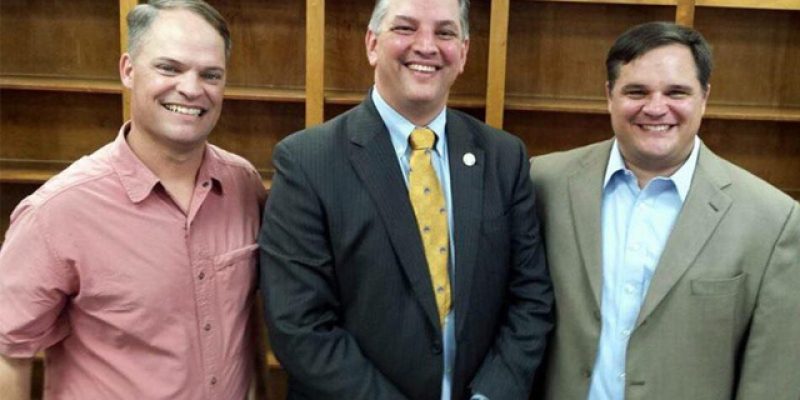 We’ve made an occasional issue over the fact that state senator Ryan Gatti (R-Bossier City) might be the most egregious RINO in the Louisiana legislature, which is saying something, and during his brother Robbie’s unsuccessful (which is putting it mildly) bid for a state representative seat in 2017 we noted the Gattis donated office space to John Bel Edwards’ campaign when he was running for governor.

Gatti has done what he could to repair his image as a fraudulent “conservative” with a somewhat improved voting record of late. His 2017 LABI score, for example, was a quite decent 96 percent – that after posting a terrible 22 percent score in 2016. And this year Gatti was one of only six senators voting against the $463 million sales tax hike bill which ultimately resolved the state’s budget controversy by giving state government more money than ever. He’d deserve credit for that vote if it had been anything but a token opposition; everybody knew the bill would pass, so voting against it was a political “freebie” of the first magnitude.

Gatti also was on the receiving end of a large amount of blowback after filing a school prayer bill which was blatantly unconstitutional and would have done damage to the very advocacy it claimed to represent – and fought against amendments suggested by actual social conservatives fixing the bill to insure it would actually result in more First Amendment protections for religious schoolchildren in the state.

He’s considered the single most important candidate for an upgrade in the 2019 legislative elections by much of the conservative movement in the state, and the word is Gatti will be up against a very formidable challenger by the name of Robert Mills, a former oil refinery executive with a respectable war chest and a strong campaign team already forming.

Which is probably why we saw this a little while ago… 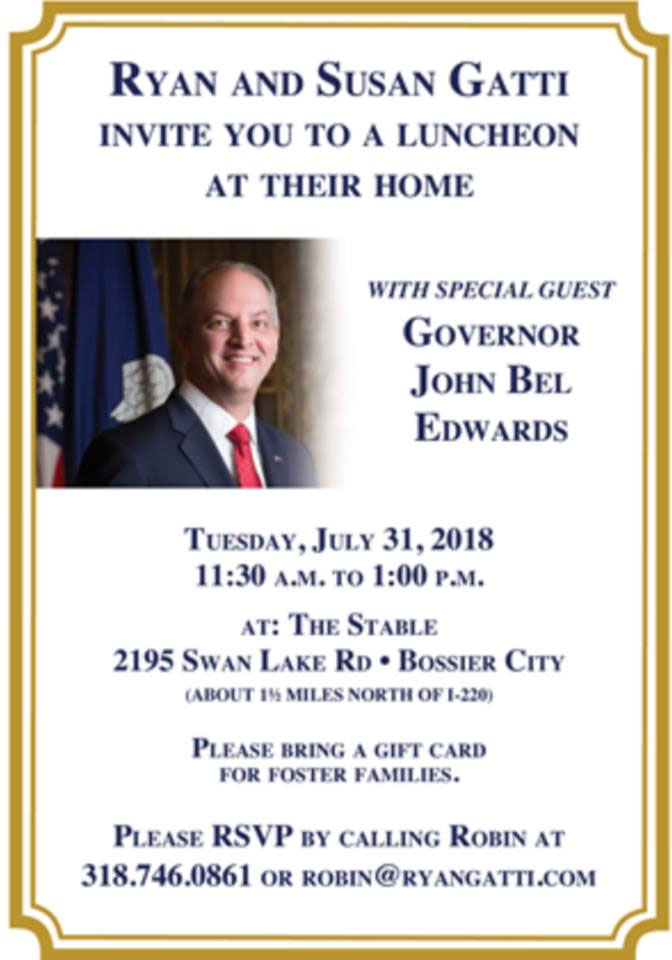 You would think Gatti would want to play down his connection with Edwards, given that his district is not particularly friendly country for the governor. After all, in the 2016 elections Senate District 36 went 72 percent for Donald Trump in the presidential race and 71 percent for John Kennedy in the U.S. Senate race, despite Bossier Parish being in the virtual back yard of Kennedy’s opponent Foster Campbell, and in the 2015 gubernatorial race Edwards lost a 60-40 vote in District 36 to David Vitter. The argument could be made that having word get out Edwards was headlining a Gatti fundraiser would do more harm in bad PR in the district than good in dollars raised.

But we’ll see. What could be interesting to look for is whether Kennedy, or U.S. Rep. Mike Johnson who represents the area in Congress (and who is no particular friend of the Gattis), will likewise be starring in fundraisers for Mills – and whether those appearances hold more sway for the voters of District 36 by Election Night next year.