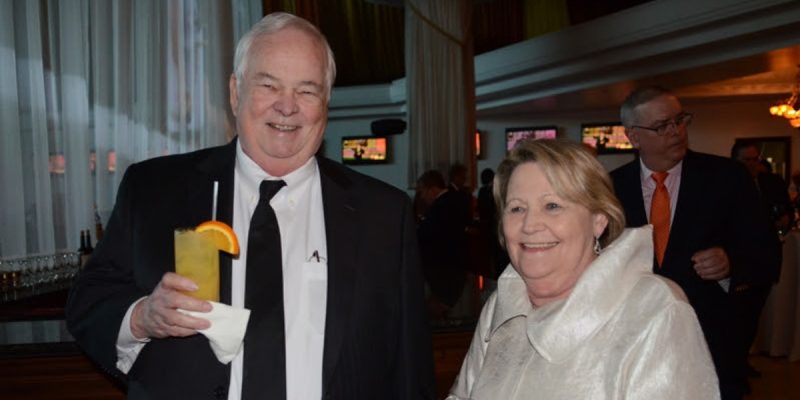 Former Republican New Orleans Councilman and longtime GOP leader Bryan Wagner passed away last week.  Wagner was a pioneer for the Louisiana Republican Party, as were as Dave Treen, Henson Moore, Billy Nungesser, and Bob Livingston, who helped build the party during an era when the GOP was more novelty than political force in Louisiana.

In the case of Wagner, his victory in New Orleans paved the way for a succession of Republican councilmembers that included Peggy Wilson (thanks to whom term limits are now a reality on the Council) and Suzie Terrell (who would later become state Election Commissioner and make a strong bid to become the state’s first elected Republican US Senator).

Yet unlike some of his colleagues from that era, Wagner remained an active Republican leader to the very end, still serving on the state committee at the time of his death.

Wagner was a very influential figure within the party and played key roles in the presidential campaigns of several candidates.

When Texas US Senator Phil Gramm’s presidential candidacy was collapsing across Louisiana, Wagner managed to still deliver his New Orleans bailiwick for Gramm. In 2008 Wagner chaired Arizona US Senator John McCain’s flagging presidential bid in Louisiana.  Though McCain lost the Louisiana primary to ex-Arkansas governor Mike Huckabee, Wagner bagged all of the state’s delegates for the Arizonan due to a quirk in the party rules.

Sometimes Wagner was too effective a pioneer.

Huntsman scored a surprising, rather shocking, second place finish in the straw poll held at the event.

And Huntsman never attended it.

The media became suspicious over the “groundswell” of support for the moderate Utah politician at a deep south Republican event that he skipped and it came to light that Wagner had stampeded people to the straw poll who were registered for the conference but actually never attended the event.

The gambit did Huntsman no favors though Wagner was not bothered by the press: it merely advertised his skill at delivering for his candidates.

And true enough Florida US Senator Marco Rubio turned to Wagner to chair his Louisiana campaign in the next cycle.

Wagner’s most noteworthy legacy as a New Orleans political pioneer was recruiting a Vietnamese lawyer named Joseph Cao who had just finished fifth in a bid for state representative to become a registered Republican and run against indicted and later convicted Democratic Congressman Bill Jefferson in the black-majority 2nd Congressional district.

A combination of a hurricane delayed general election, confusion over the closed primary, and a national Democratic Party that was only too happy to be rid of Jefferson’s presence in Washington just as President-elect Barack Obama was about to enter the White House set the stage for the upset.  Despite long odds Wagner put together enough resources to give the unknown Cao some public standing while others did the job that Wagner (who insisted on a positive campaign) was unwilling to do by reminding the voters it was time to “End the Embarrassment” and “Cash Out Dollar Bill.”

The intersection of political forces and forces of nature resulted in a historic victory for the first ever Vietnamese congressional candidate and the first Republican to win the seat since the 19th century.

Though Cao’s win was predictably fleeting, as a Republican can only defy political gravity so long in the overwhelmingly Democratic Second Congressional District, Cao’s candidacy provided New Orleans and Jefferson voters the opportunity to remove the stain of Bill Jefferson from Congress before a federal court did the job for them.

Wagner’s last great political feat was achieved mere months before his death in the election of New Orleans businessman Louis Gurvich as chairman of the Louisiana GOP.  Wagner threw his whole political weight behind his protégé’s candidacy, burning up phone lines across the state on Gurvich’s behalf.

Considering the poor shape of the GOP in Orleans Parish, where a Republican candidate hasn’t won an election to any local office in many years (the District A seat that Wagner held has been cracked up by gerrymandering and occupied by three Democrats since 2006) and the abysmal 15% Donald Trump received in New Orleans in 2016, electing a party chairman from the Crescent City wasn’t a natural sell.

Yet in February Wagner saw his friend take the reins of the state GOP on a first ballot victory against several opponents.

Wagner was one-part political boss, one-part gambler (having a deep love for horse racing), and of course one part pioneer, and he managed to combine his passions in orchestrating the election of the ultimate dark horse candidate for Congress in 2008.

In a tribute to his mentor, Gurvich said that the Louisiana GOP stands on Wagner’s shoulders.

In 2010, the satirical Mardi Gras parade Krewe d’Etat literally painted that picture with a float entitled “Who Dat?” featuring a diminutive Cao sporting a Saints jersey standing on the shoulders of a smiling Wagner, paying the longtime Republican leader the ultimate New Orleans tribute.

Interested in more national news? We've got you covered! See More National News
Previous Article The War Chests So Far In The Louisiana Secretary Of State Race Are Not All That Big
Next Article Atlanta School: No Pledge of Allegiance in Mornings This Year