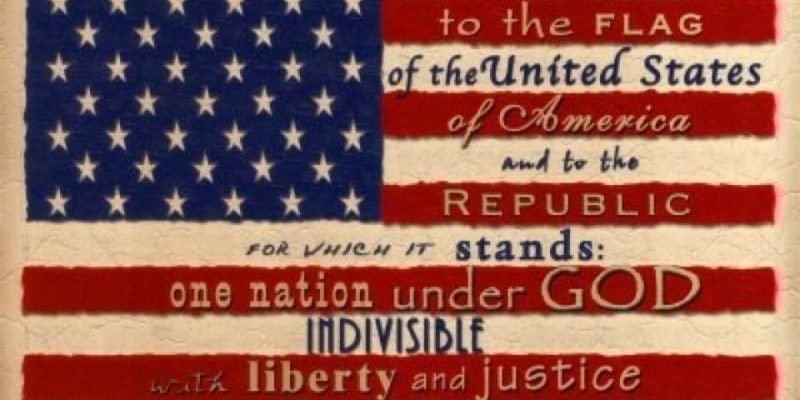 An Atlanta school announced it won’t be reciting the Pledge of Allegiance every morning in the new school year– because too many students and staff members aren’t saying it anyway and the school wants to be “inclusive.”

The Atlanta Neighborhood Charter School in the Grant neighborhood announced that the pledge would not be part of its morning ritual this year.

Fox News reported that the school’s campus president Lara Zelski said: “There are many emotions around this and we want everyone in our school family to start their day in a positive manner.”

As if this could not get more comical, absurd, inane or sad– the school announced that instead of reciting the Pledge of Allegiance students will participate in the “Wolf Pack Chant.” The new chant will be a pledge teachers and students will create to “focus on students’ civic responsibility to their school family, community, country, and our global society,” Zelski said, Fox News reported.

As if for some reason the Pledge of Allegiance didn’t focus on civic responsibility. What is wrong with Zelski? Has she lost it?

Students can recite the pledge another time during the school day if they want to, of course, keeping with the school’s “inclusivity.”

Unamerican not to recite the pledge of alliance…..its a dangerous time in America right now

My wife is a public high school teacher. Every day kids refuse to stand, make up different words and distract from the pledge. I wish her school would stop having the pledge, only because it has become a mockery.