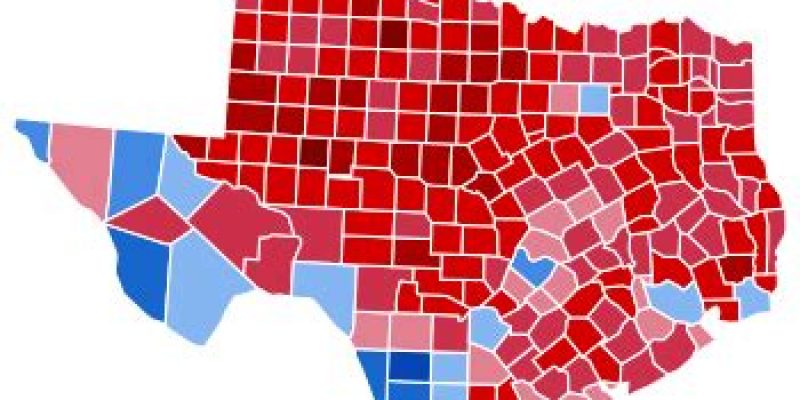 Texas has been solid Red for over forty years. The last democratic President that won Texas was Jimmy Carter in 1976. Texas has thus been unapologetically red for close to half a century. Despite this historic red sun that has long blazed over Texas politics, signs suggest that the nighttime blues are gradually creeping over the horizon.

Naturally, there is a correlation between how a state votes for Presidents and how a state votes for Senators. The two roles are different, to be sure. Candidates individual platforms will vary within the margins and appeal to differences of representative scale. However, the greater party platform largely dictates that any candidates aligned to the same party will identify with the majority of popular policies throughout that political party. Thus, the party tag will likely earn both President and Senate nominees similar levels of support from any particular state in general elections.

Taking these two different roles into consideration, major trends can be seen and thus predicted by cross referencing Texas voting history for President and Senate nominees. Since 1976, the closest Texas came to supporting a democratic Presidential candidate was Bill Clinton in 1992. Clinton lost the popular vote in Texas by a mere 3.5 percent, which is an extremely close race compared to other recent voting years. Unsurprisingly, this peak of democratic support in the last 42 years correlates with the last Democrat to be a Texas Senator in 1993, Bob Krueger.

Since this close call in the 90’s, Texas has been proudly red as if the red portion of the American flag is bigger in Texas. George Bush won Texas in 2000 and 2004 by an astounding 21.3% and 22.9% respectively.

Texas has not had a close call like 1992 in the last several elections. However, trends should have Republicans feeling uneasy about the future of Texas. Donald Trump only won the state by 9 percent, which is lowest margin of victory in the last 20 years. Using the helpful reference of Senate races, the situation for the future of Republican support in Texas is perhaps more dire than the 2016 Presidential race suggests.

A recent Marist Poll found that Beto O’Rourke, the democratic candidate challenging Ted Cruz’s Senate seat, is 4% shy of a potential victory. Cruz leads O’Rourke 49% to 45% just a few months out from voting day. When registered voters were asked what message they would be sending with their vote, 49% percent answered, “More Democrats to be a check and balance to Donald Trump,” while only 42% answered, “More Republicans who will help Donald Trump pass his agenda.”

This latest poll suggest that the traditional deep red state of Texas is morphing into a battleground state. Is this just another hiccup like the 90’s, or is it like watching the setting sun that has long since been overhead? Texas has voted Republican in 10 straight Presidential elections and has not had a sitting Democratic Senator in 25 years. This November, the red sun may still be sitting in the sky. However, signs of the deep blue night are trickling over the horizon.