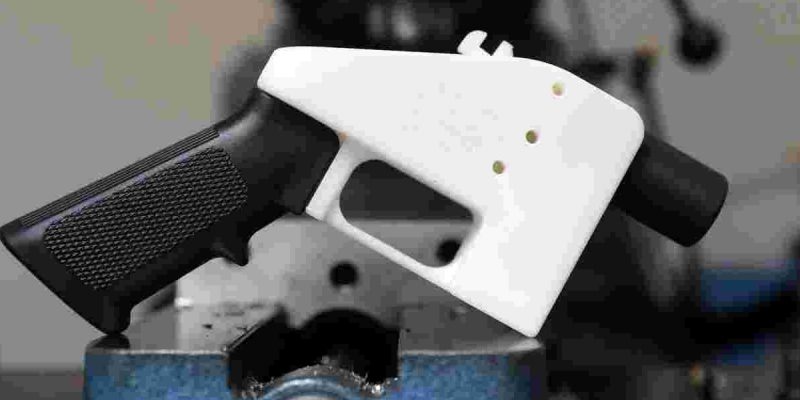 The lesson here is that no matter how big government gets or how much misery it has the power to inflict, it can’t stop determined humans from doing what they want. Especially in this current technological age. That’s what a 19 states and the District of Columbia found out when they attempted through a federal lawsuit to stop the owner of a 3-D printing gun company from giving away the plans.

AUSTIN, Texas (AP) – The owner of a Texas company that makes untraceable 3D-printed guns said Tuesday that he has begun selling the blueprints through his website to anyone who wants to make one, after a federal court order barred him from posting the plans online.

Cody Wilson said at a news conference that he started selling the plans Tuesday morning and that he had already received nearly 400 orders. He said he’ll sell the plans for as little as a penny to anyone in the U.S. who wants them.

“Anyone who wants to get these files is going to get them,” Wilson said, noting he can only sell to U.S. customers. “They can name their own price.”

Wilson said that blueprints purchased through his company’s website could be downloaded on a thumb drive and shipped to buyers by standard mail, sent by email or sent by some other secure download transfer. Some of his first sales included purchases made with crypto currency, he said.

Nineteen states and the District of Columbia had sought an injunction to stop a settlement that the State Department reached with Wilson’s Austin-based company, Defense Distributed, after the agency removed the 3D gun-making plans from a list of weapons or technical data that are not allowed to be exported. The states argued that online access to the undetectable plastic guns would pose a security risk and could be acquired by felons or terrorists.

On Monday, U.S. District Judge Robert Lasnik in Seattle blocked Defense Distributed from posting the blueprints online, saying, “It is the untraceable and undetectable nature of these small firearms that poses a unique danger.”

But Wilson said the ruling still allows him to sell the blueprints even if he can’t post them online for free, widespread distribution.

“Regulation under the (law) means that the files cannot be uploaded to the internet, but they can be emailed, mailed, securely transmitted, or otherwise published within the United States,” the ruling said on its final page.

“I’m following yesterday’s orders that direct me to sell the files,” Wilson said. “The judge was very gracious to put that in black lettering.”

Is it a good idea to do what Defense Distributed is doing? Not especially. Is it possible to stop them, or somebody else even less scrupulous than they are, from doing it? Nope.

The advent of 3-D printing was always a death knell for gun control. It’s a technological advance which makes laws that that obsolete – you can ban the sale and possession of guns all you want, but when anybody can just make one using equipment more and more of the public has access to it’s not like you’re going to be successful taking guns off the streets – and it’s going to be the more resourceful and less lawful folks who have the most access to weapons you’re concerned about.

The answer in such a world is to make it easier, rather than harder, for lawful people to have guns so as to eliminate to whatever degree possible the difference in firepower between good guys and bad guys. And, obviously, to do more to insure that the dangerously mentally ill aren’t in a position to do terrible things regardless of what weapons they wish to use.

We’ll learn that, eventually. But some of us will figure it out later than others.

Interested in more news from Texas? We've got you covered! See More Texas News
Previous Article Should We Talk About Louisiana’s Continuously Crappy Economy?
Next Article FINALLY, There’s A U.S. Attorney Confirmed In The Eastern District Of Louisiana