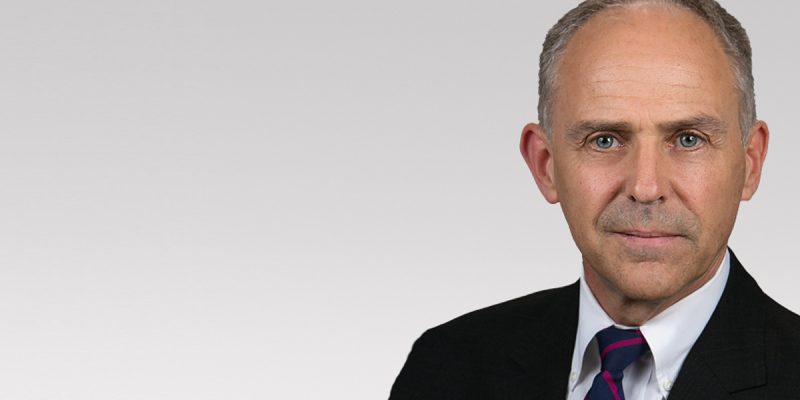 This is the job that Jim Letten held down for more than a decade, and since Letten was forced to resign there has been less of a prosecutorial presence than is necessary in the New Orleans area. But now the Eastern District has a U.S. Attorney, and within a short time we could well see some interesting results from that.

The new U.S. Attorney? Peter Strasser, who led the effort to turn Edwin Edwards into a federal inmate in the 1990’s. Strasser was confirmed by the Senate yesterday.

The U.S. Senate Tuesday (Aug. 28) confirmed Peter Strasser to be U.S. Attorney for the Eastern District of Louisiana.

Strasser will be the top Justice Department official in the 13-parish Eastern District.

Strasser will succeed Duane Evans, who has been holding the position on an interim basis since March 10, 2017. Kenneth Polite resigned the U.S. Attorney post  as part of the change in administrations from Barack Obama to Donald Trump.

“Peter has an impressive resume and the trial experience needed to lead this office,” said Sen. John Kennedy, R-La.  “He is a seasoned prosecutor who will smoothly transition into the job.  I congratulate him on his confirmation.”

Strasser previously served as assistant U.S. attorney for Louisiana’s Eastern District. He is currently a partner at the Chaffe McCall law firm in New Orleans. He is a retired Navy Reserve captain who served in the Judge Advocate General’s Corps.

Strasser’s an impressive guy to talk to, and he’s an old pro as a federal prosecutor. It took some time to get his nomination laid down, as Kennedy experimented with a number of others before settling on his recommendation to the Trump administration – including at one point putting forward the name of New Orleans attorney Kyle Schonekas, who was rejected back in November. Strasser was nominated by Trump in June, and his confirmation vote finally came in today.

Why does this matter? Don’t forget that when former FBI Special Agent in Charge Jeffrey Sallet left his post running the New Orleans office, Sallet remarked that corruption in New Orleans “can’t get much worse.” Sallet and Strasser are old friends, and Strasser has a long history fighting crooked politicians. After his time as an assistant U.S. Attorney in the Eastern District, he spent several years as a roving legal advisor for the Justice Department in Third World hellholes like Malawi, Pakistan, Georgia and Azerbaijan, and he was also an anti-corruption advisor focusing on the Balkans and Caucasus for the U.S. European Command. You could argue he’s seen political corruption in those countries even worse than what persists in the New Orleans area, though that’s a debate for another time.

The point is, here’s somebody who already knows how to catch crooked pols, and he’s coming into office at a time when it simply has to be Job One. The consensus seems to be that Orleans Parish is a literal sewer of corruption given the special stupidity of the Sewerage & Water Board there, not to mention lots of other items.

And as we’ve noted there is the ongoing fiasco in Tangipahoa Parish, in which no less than four separate federal investigations are afoot into political wrongdoing. The most important of those involves an alleged steal-and-deal scam run by the head of a DEA task force named Chad Scott who was a former Tangipahoa Parish sheriff’s deputy and who ran a crew raiding the evidence locker of drugs. That investigation resulted in a raid on the sheriff’s office in December 2016 in which Tangipahoa Sheriff Daniel Edwards had his laptop computer taken away in an evidence bag, but not a lot has happened since then.

Why? Well, we had a well-placed law enforcement source tell us that when Polite was asked to pack his things as the US Attorney by the incoming Trump administration in January 2017, the prosecutorial discretion in that case largely dried up. Edwards is, after all, the brother of Louisiana governor John Bel Edwards – so in the event that investigation were to touch him, and obviously there is the implication it will, because otherwise his laptop wouldn’t have been seized, you’d need a real U.S. Attorney to give the go-ahead for an indictment. As it was explained to us, an interim U.S. Attorney would no more move forward on a high-profile political case like that than an interim college football coach would offer scholarships to recruits.

But now Strasser is in that office, so if the Chad Scott case leads to Daniel Edwards we should know about it within the next few weeks and months. And that could be a very big deal.