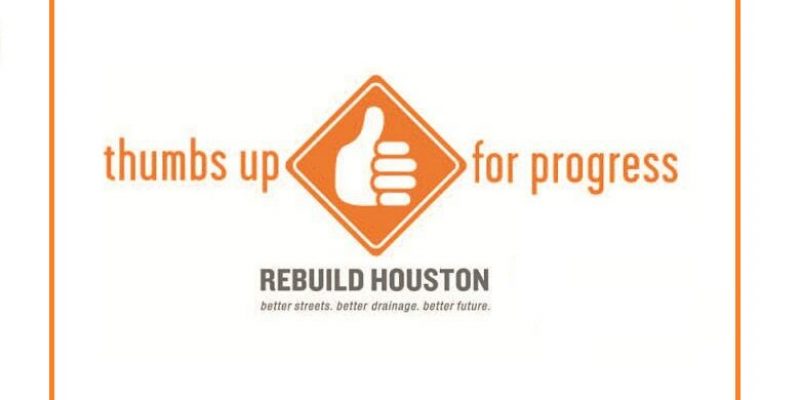 Veteran reporter Bill King points out that the Houston City Council recently voted to hold another vote on the Rebuild Houston proposition in November. Houston voters must vote no on this proposition. The City of Houston has been plundering the fund, using 56 cents out of every dollar from the fund for everything other than rebuilding efforts.

Furthermore, the issue shouldn’t even be on the ballot because the Texas Supreme Court invalidated the original election held in 2010 because the City of Houston used misleading ballot language.

Despite this, Mayor Sylvester Turner is pushing forward with the program– to collect drainage fees designed for infrastructure– while using loopholes in the system and ignoring the charter amendment language– to use the majority of those fees for projects that have nothing to do with Rebuild. City officials are redirecting and plundering taxpayer money away from rebuilding after flood damage and implementing flood prevention.

Yet the budget for Rebuild Houston, which the City Council recently adopted, exceeds 25 percent.

King points out, “… every year that Rebuild Houston has been in existence the City, according to its own budget numbers, has exceeded the 25% voter-mandated limitation.*

Then King points to a 2011 Rebuild campaign commercial that claimed “the best part is the politicians can’t divert a single cent.”

Seven years later, that isn’t true. More than half– 56 cents– of every drainage dollar is used for something else. King says,

“It makes you wonder how many people’s houses might have been saved from flooding during Harvey if the City had actually spent the drainage fees on drainage.

Turner said in announcing the do-over vote that it was “just to reaffirm what already is.”

What already is– is the City of Houston taking money from the fund designed to help people whose homes have or might flood– and use it for something else– against the purpose of the fund and the expressed language in the charter.

Houston voters should vote NO this November to not fund Rebuild because City Hall has used the money for everything else except flooding relief infrastructure.