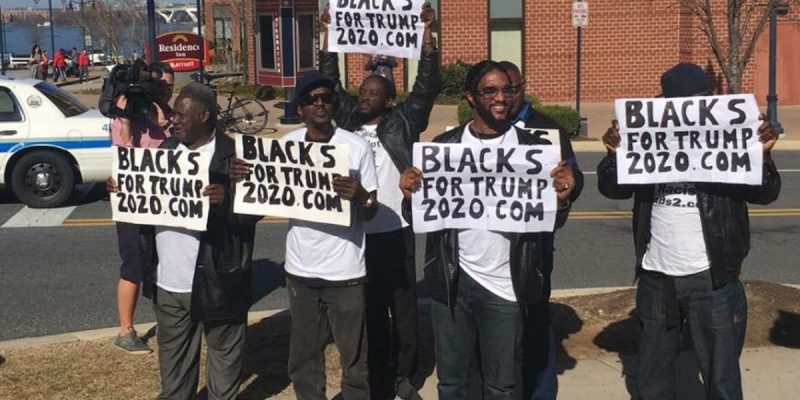 The liberal mainstream news media have a narrative about Donald Trump and they do not deviate. The constant refrain is that the President is unhinged, idiotic, tyrannical and especially racist. Recently, the President was labeled a racist when he criticized CNN’s Don Lemon and NBA star LeBron James. Their latest obsession is the new book written by fired White House staffer Omarosa Manigault Newman.

In the book, Omarosa accuses the President of being a racist and using the “N-word” while hosting The Apprentice on NBC-TV. The President’s inflammatory language was supposedly captured on a tape that has been withheld from the public. Nevertheless, the show’s former producer, Mark Burnett, denied that such a tape exists. The President also tweeted that he doesn’t “have that word in my vocabulary, and never have.”

Despite the denials, the media will continue to focus on Omarosa as a way of damaging the President who they love to hate. According to the Media Research Center, the coverage of the President by the major networks has been extremely biased. At least, 90% of the coverage has been negative, much worse than the positive press they showered on Barack Obama.

In this toxic media environment, it is amazing that a new Rasmussen poll shows that Trump has a 50% overall approval rating. This is higher than Obama’s rating at a similar point in his presidency.

This support level is much higher than recent Republican presidential candidates have received. In the last 50 years, the highest level of African American support was received by Richard Nixon in the 1972 election, in which he garnered 18% of the vote, according to national exit polls. Since then it declined significantly to a low of only 4% in 2008.

If President Trump can receive 18% or more of African American votes in the 2020 presidential election, he will score an overwhelming victory. Democrats are petrified of such a scenario, so it will be imperative for party leaders to continue their name calling of Donald Trump. Over the next few years, their constant refrain will be that Donald Trump is a bigot who hates African Americans.

Obviously, the Democrats will work with their ideological partners in the liberal news media to demonize President Trump and portray him as a cruel racist. It is a narrative that will soon ring hollow as African Americans start to enjoy the benefits of the Trump economy.

When more Americans find employment, all races benefit. In fact, under President Trump, the African American unemployment rate has reached a historic low. Since the President took office, food stamp usage has decreased, while home ownership and consumer confidence has increased. When there is robust economic growth, African Americans partake in that success as well.

With the President fighting bad trade deals that shipped jobs overseas, the result will be increased manufacturing and more factory jobs in the United States, benefitting all races, including African Americans. As the stock market has increased over the last 19 months, African Americans have seen their investment and retirement accounts increase in value.

A trend seems to be developing among African American voters – particularly the black middle class, whose economic interests don’t exactly dovetail with Democrat Party policies – who view Donald Trump’s policies as a better alternative than the party leading leading urban America to misery, decline and despair.

In every election, both parties should compete for all votes and no party should have a lock on the support of any community. Unfortunately, over the past few decades, the Democratic Party has taken the African American vote for granted as it has received 90% or more support.

As the urban areas of our country have remained under the exclusive control of the Democratic Party, the results have been horrific. In their communities, millions of African Americans must deal with a high crime rate, blight, gangs, drug trafficking, infrastructure woes, inferior public education, a lack of high paying jobs and extreme poverty.

If the President can provide a roadmap to prosperity for long-suffering African Americans, it may start a genuinely constructive political process. True competition for African American votes may take many years to accomplish, but that Rasmussen poll shows those important first steps may be starting right now.