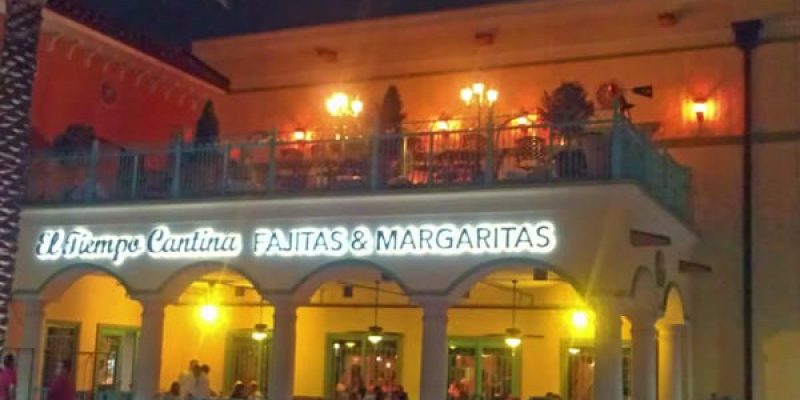 One local Tex-Mex restaurant in Houston is under fire for posting a picture of its executive chef with Attorney General Jeff Sessions and was forced to shut down its social media accounts, the Houston Chronicle reported.

Sessions was in Texas to discuss cracking down on illegal aliens with local law enforcement officials. El Tiempo Cantina, which serves over-priced mediocre Tex-Mex food, has numerous locations throughout Houston, but this location is in the heart of the mostly homosexual neighborhood of Montrose.

The restaurant’s executive chef Domenic Laurenzo, who posed with the AG, said it was an “honor” to serve him. 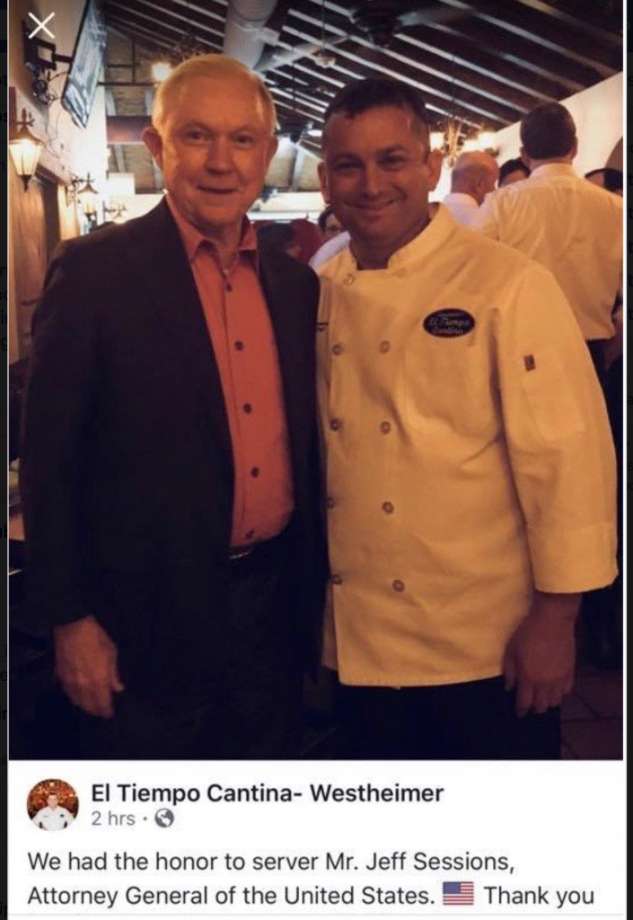 The photo was posted to Facebook and quickly received backlash.

As a result, El Tiempo’s Facebook, Instagram and Twitter accounts were all taken down. And, its Yelp page has been inundated with criticism and one-star reviews.

Laurenzo said in a statement that his employees were too “preoccupied” with serving the Secret Service to think about Sessions’ political position. He said:

“The Secret Service contacted us that a government official was coming to dinner at our establishment and his identify was not known until he walked through the door,” he said, according to CultureMap. “The man came to dinner and he was served without us even thinking about the political situations. We were preoccupied with the Secret Service and catering to their wants and needs.”

Yelp reviewers posted less vile comments about El Tiempo than what was posted on the restaurant’s social media accounts:

“You messed up your reputation posting that picture,” user Alejandro G. wrote. “I really hope the Latino and LGBT community don’t visit your business anymore… You missed the opportunity to stand on the right side of history.”

“Posting pictures bragging about serving Jeff Sessions?” wrote another. “What a slap in the face to the Montrose community, LGBTQ community, and Latino community.”

Unfortunately, even though the restaurant owner, who stated that he doesn’t agree with Trump’s immigration policies, experienced the intolerance of the Left. So much so that he was afraid for himself, his employees, and his family. That kind of fear should speak volumes to everyone.

Interested in more news from Texas? We've got you covered! See More Texas News
Previous Article Plaquemines Parish Investigates Deputy Who Was A Member Of The Proud Boys
Next Article Why you should use DuckDuckGo, not Google