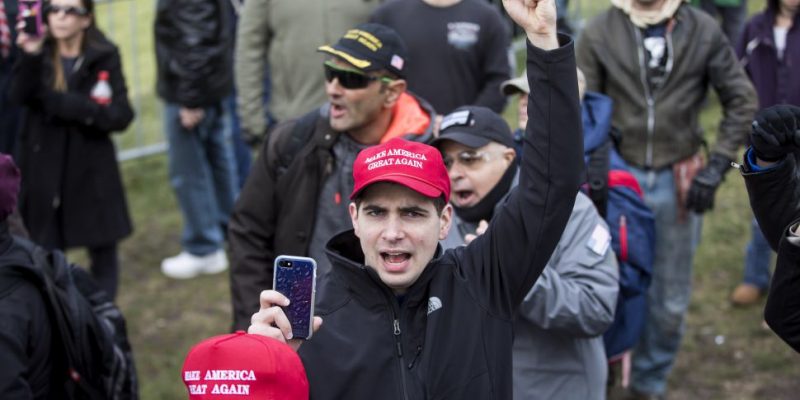 A Plaquemines Parish Sheriff’s Office deputy recently linked to the far-right group called the Proud Boys has been told not to come to work for now, though he is still being paid, the office said Friday.

Patrol Deputy Brian Green will be on what is known as paid administrative leave until the completion of an investigation into whether the Proud Boys are a hate group, Sheriff’s Office spokesman Lt. Chaun Domingue said.

Domingue said he could not say when the probe may be completed or what might happen if the agency concludes the Proud Boys are a hate group.

A controversy erupted on social media within the past few days when people noticed that Green listed himself as a member of the Proud Boys and was an administrator of the Facebook page for the group’s local chapter.

But the Proud Boys have been involved in some of the political violence of the Trump era. They claim it was in self-defense but nonetheless they have taken part in some of the street fights. Just this weekend, Twitter suspended the accounts of the Proud Boys and Gavin McInnes for violating its rules prohibiting “violent extremist groups.”

Guess who is calling the Proud Boys a hate group? The Southern Poverty Law Center.

According to the Southern Poverty Law Center, which tracks these matters, Vice Media co-founder Gavin McInnes established the Proud Boys during the 2016 presidential campaign won by Donald Trump. The SPLC has designated the Proud Boys as a hate group, characterizing the organization’s views as anti-woman and anti-Muslim.

The Proud Boys dispute that portrayal. They deny ties to the so-called “alt-right” and call themselves a fraternity that is against “political correctness” and “white guilt.”

The problem with relying on the Southern Poverty Law Center to determine what is a hate group is that they’re full of it. They’re a partisan scam that turns leftist hysteria into cash. If hate groups didn’t exist, the SPLC would have to invent them to keep its business model going. They are a left-wing activist organization who scams its donors and they should be treated as such.

The Proud Boys may be a far-right group, but they’re not a hate group. There are many non-white Proud Boys and the organization explicitly rejects the alt-right. The hate group claims by the SPLC should be treated skeptically.

As for whether or not Deputy Green should be fired, that’s up to Plaquemines Parish. They have to decide if he can do his job regardless of his Proud Boys affiliation. But it shouldn’t be because he’s a member of a “hate group”, because he’s not.