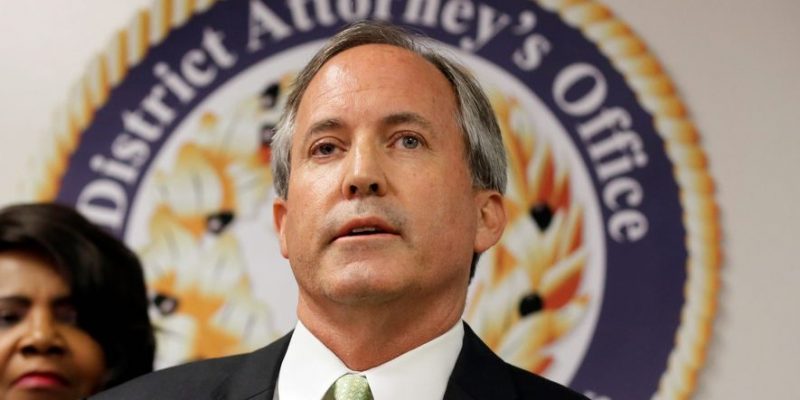 The U.S. District Court for the Northern Division of Texas ordered the Internal Revenue Service (IRS) to six states more than $839 million because of an Obama-era Health and Human Services Department (HHS) requirement, which the court ruled unlawfully imposed a costly fee on state Medicaid programs.

In October 2015, Texas Attorney General Ken Paxton led a multistate lawsuit against the federal government over the Obama-era regulation that “threatened to choke off Medicaid funds for the health needs of millions of Texas citizens unless Texas taxpayers paid a portion of the Health Insurance Providers Fee to help fund Obamacare.”

The states of Indiana, Kansas, Louisiana, Nebraska, and Wisconsin joined Texas in suing the federal government, HHS and its acting secretary, Alex Azar, the IRS and its acting commissioner David Kautter, alleging that they violated the Affordable Care Act (ACA) by requiring that the state governments pay a Health Insurance Providers Fee (HIPF).

The plaintiffs argued, “Notwithstanding Congress’s exemption of the states in the ACA, HHS enacted a regulation (the ‘Certification Rule’) that empowered a private actuarial board to require Plaintiffs to account for the HIPF in payments to their respective managed care organizations (‘MCOs’)—the medical providers who contract with Plaintiffs to service their Medicaid recipients. See id. Plaintiffs’ amended complaint challenged the legality and constitutionality of both the HIPF and the Certification Rule.”

Plaintiffs asserted ten counts in their amended complaint, including a violation of the Tenth Amendment of the U.S. Constitution. They requested thirteen types of relief and financial recompense.

After a series of rulings and hearings, denied requests and appeals, the plaintiffs asked the court to reconsider four aspects of the case, including whether or not the HIPF was considered a tax or a fee. On August 21, 2018 the court ruled in favor of the plaintiffs, in part, by ordering the IRS to repay the HIPF money it collected.

Attorney General Ken Paxton, who led the coalition, said, “Obamacare is unconstitutional, plain and simple,” Attorney General Paxton said. “We all know that the feds cannot tax the states, and we’re proud to return this illegally collected money to the people of Texas.” Texas stands to be repaid $304,730,608.

Louisiana Attorney General Jeff Landry said, “Obamacare has always been an economic house of cards, and this ruling has again exposed it for what it is: a money laundering scheme. This is a prime example of the deep administrative state doing something that Congress expressly forbids.”

Even though the ACA forbids imposing the HIPF, AG Landry said, “the federal government found a way to do it anyway. The government threat to disapprove our managed care plans risked the loss of those Medicaid funds.”

He notes that the ruling protects the state from having to paying any such fees in the future. He added that once the IRS returns the money to Louisiana that Gov. John Bel Edwards “should return any net dollars directly to the hard-working Louisianans who were forced to pay these costs.”

Texas and Wisconsin will argue at a hearing on September 5 that Obamacare, as amended by the recent tax bill, is unconstitutional in its entirety.