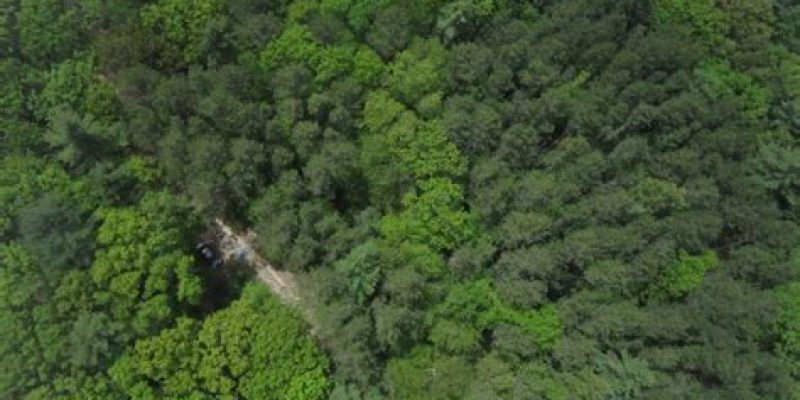 The rise of carbon dioxide levels across the globe have turned the internal doomsday clock of climate change fanatics close to midnight. Predictions of sea level rise, blistering high temperatures, and devastating storm surges have driven many supposed experts to demand crippling economic policies to combat the impending doom. However, new data suggests that the CO2 hysteria may be just that, hysteria.

One thing that can be measured on the global environmental scale is land based bioactivity. “Changes in land use and land cover considerably alter the Earth’s energy balance and biogeochemical cycles,” notes Xiao-Peng Song and other scientist in an article published in Nature. Simplified down, changes in vegetation levels equals changes in biochemistry.

This is intuitive enough. Trees and other greenery are important to the natural energy cycle on the planet. For the sake of the climate change narrative, some kind of negative impact on land vegetation would bolster their talking points. “However, quantification of global land change is lacking,” when these select scientists analyzed “35 years worth of satellite data and provide a comprehensive record of global land-change dynamics during the period 1982-2016.”

In truth, “contrary to the prevailing view that forest area had declined globally, tree cover has increased by 2.24 million km (+7.1% relative to the 1982 level).” This increase comes despite the continuous deforestation taking place in various parts of the world, in particular South America.

This is a big deal for the CO2 bogeyman. People are supposed to believe that runaway CO2 levels will cause desperate effects on the climate and overall living conditions on our planet. However, CO2’s arch enemy, vegetation, is growing stronger by the day.

Trees live off of CO2, breathing the stuff in on a daily basis. Greater quantities of CO2 are really healthy for potential tree growth, making the atmosphere very rich for this form of life. The more CO2 that is breathed in by trees, the more difficult it is for this compound to reach some obnoxious quantity in the atmosphere. This process of healthy tree growth is in turn really good for us oxygen breathers, for trees in effect breathe out oxygen.

With increased levels of CO2, we see the natural effect of greater tree growth. For those who like to romanticize our place in the cosmos, the incredibly sophisticated planet that we call home is in effect regulating the conditions (for our benefit) with its biological utility belt. The green and blue planet adrift around some lonely star is quite the provider.

It is rather inconceivable that CO2 levels would run away with this knowledge. Vegetation will always naturally increase in response, and in turn suck the air out of climate change hysteria.

Interested in more national news? We've got you covered! See More National News
Previous Article “First Man” Will Likely Bomb At The Box Office, And It Absolutely Should
Next Article Federal Judge Rules DACA To Likely Be Illegal