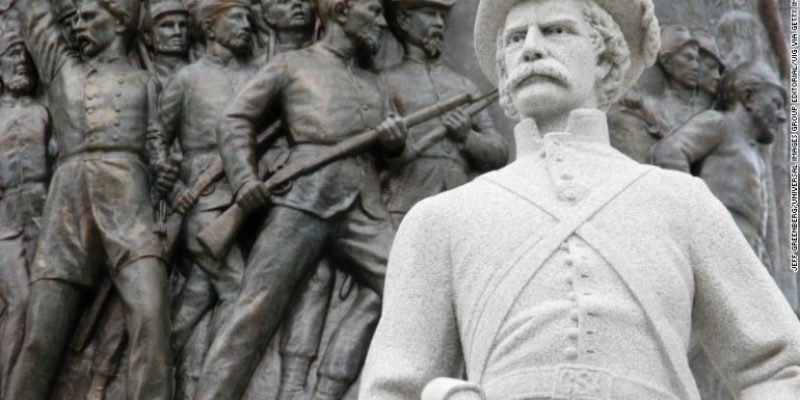 A Texas man was sentenced to 6 1/2 years in prison on Friday after he admitted to attempting to blow up the Dick Dowling Confederate monument in Houston last year.

It’s a federal case because the Dowling statue is located in Hermann Park, which receives federal funding for its maintenance. Dowling was recognized as a Confederate war hero in Houston during the Civil War, serving in the Jefferson Davis Guards.

Andrew Schneck, 26, pled guilty in March to willful attempt to maliciously damage or destroy property in violation of federal law. At the time of his arrest in August 2017, he was on a five-year probation for illegally storing explosives at his parent’s home in 2014.

According to the criminal complaint, a Houston park ranger spotted Schneck kneeling in the bushes near the Dowling statue who tried to plant explosives.  The explosives contained nitroglycerin and hexamethylene triperoxide diamine. 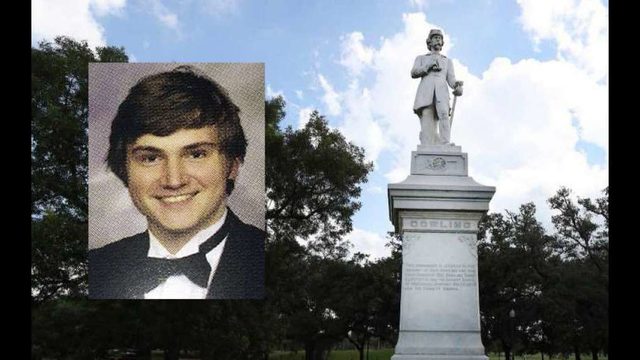 “The high risk conduct of the defendant has now, on two occasions, endangered the public,” U.S. District Judge Ewing Werlein Jr. said during the sentencing hearing, The Houston Chronicle reported. “You cannot count always on getting maximum leniency. You have got to reform your conduct.”

Schneck was arrested and has been held in a federal prison in downtown Houston since then.